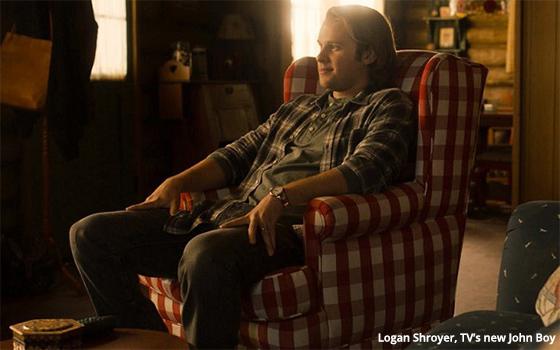 It probably ranks as the most surprising press release I have received all year -- an announcement from The CW that the network will air a new made-for-TV “Waltons” movie next month.

I had to read this email at least twice before accepting that I had read the announcement correctly: The CW plans to air a remake of “The Homecoming: A Christmas Story,” the TV movie that launched the original “Waltons” series for nine seasons on CBS.

The original movie premiered on December 19, 1971. The remake, titled “The Waltons’ Homecoming,” is scheduled to air on November 28.

Why is this announcement so surprising? For openers, it’s “The Waltons.” And secondly, it’s The CW.

The original “Waltons,” about a family living in a rural area of Virginia during the Depression, was possibly the most wholesome family TV show of the 1970s.

It should also be said that it was a high-quality series that is fondly remembered by those old enough to have seen it then.

Its nine seasons (September 1972 to June 4, 1981, on CBS) coincided with an era when television was changing and dealing more frankly with contemporary cultural and political issues. And yet, this warm family show set in the 1930s persisted.

Today, it is hard to imagine where a “Waltons” TV movie would fit comfortably in our anything-goes TV universe.

And yet it is coming to, of all places, The CW -- home to shows such as “Riverdale,” which took another wholesome brand -- the “Archie” comic books -- and turned the “Archie” universe into a hotbed of teen sex and soap-opera intrigue.

This is one reason why a remake of a once-revered made-for-TV Christmas movie from 1971 would not seem to be on-brand for The CW, which has been very consistent in maintaining a brand that is aimed squarely at young adults (and also capturing teens).

“The Waltons” is not a brand most people would think of when considering content for today’s young adults.

On the other hand, it cannot hurt The CW to perhaps attract a more general audience on a one-off Sunday night in late November (in this case, the final evening of the four-day Thanksgiving weekend).

To give The CW its due, it seems as if the network intends for its “Waltons’ Homecoming” movie to be on-brand -- the “Waltons” brand, that is.

For the movie, a new cast of Walton family members has been assembled. One of them is Logan Shroyer (pictured above), 22, who will play the 17-year-old John Boy.

The original John Boy, played famously by Richard Thomas, was the closest any member of the Walton family came to being the show’s central character.

He was the narrator and “writer” character who stood in for Earl Hamner Jr., the author who created the show based on his 1961 novel “Spencer’s Mountain.”

Like this remake, the original movie, “The Homecoming: A Christmas Story,” was supposed to be a one-off movie event on CBS.

But its success on the night it aired was reportedly so surprising that CBS was inspired to order an entire season’s worth of episodes centered around the Walton family. That season started the following September and the rest is history.

Will the same thing happen to this new Walton family after “The Waltons’ Homecoming”? This is doubtful, considering the fact that the kinds of mass audiences that “The Waltons” and other shows of the 1970s were able to attract are a thing of the past today.

Plus, given everything else The CW airs -- from “Supergirl” to “Coroner” -- it is hard to imagine the network committing itself to a series about a family living on their own mountain in Virginia in 1933.

Photo courtesy of NBC: Logan Shroyer in “This Is Us.”