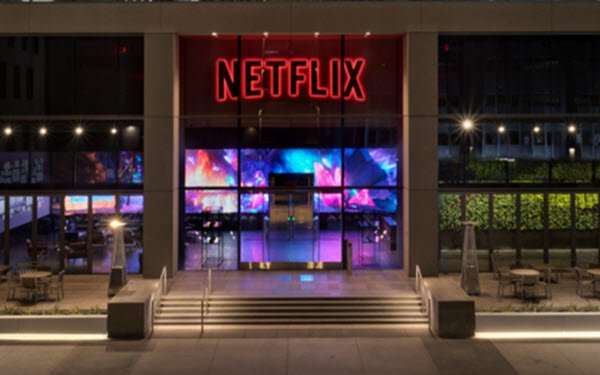 To support its ramp-up of original content, Netflix hopes to buy a former army base in N.J. and convert it into its second-largest production facility.

Meanwhile, ViacomCBS is nearing a sale of the historic CBS Studio Center in Los Angeles, according to one report.

Netflix confirmed on Tuesday that it plans to bid on Fort Monmouth, a 96-year-old army base site that was closed in 2011.

At 289 acres, the site would be second in size only to Netflix’s ABQ Studios in New Mexico, which it acquired in 2018.

The property is located about 50 miles south of New York City, in the boroughs of Oceanport and Eatontown.

In April, after Georgia passed its restrictive voting law, New Jersey Gov. Phil Murphy wrote to several major film and entertainment companies, including Netflix, Disney and Warner Bros., offering them tax and other incentives to establish facilities in New Jersey.

On Tuesday, Murphy — currently running for reelection —said he is “incredibly excited to hear about Netflix’s proposed investment in New Jersey,” adding that “there is an objective process” that all applications will have to go through.

“America’s first movie studio was in New Jersey, and today it’s home to many talented people working in entertainment,” Netflix said in a statement, adding that Governor Murphy and the state’s legislative leaders “have created a business environment that’s welcomed film and television production back to the state, and we’re excited to submit our bid to transform Fort Monmouth into a state-of-the-art production facility.”

Netflix has declined to reveal what it plans to bid. It is unclear how many other bids have been received to date. All bids are due by Jan. 12, 2022.

The Fort Monmouth Economic Revitalization Authority appraised the site at $54 million, “but several developers previously offered more than $100 million for just 89 acres of the land in consideration” for plans that ultimately fell through, reports The New York Times.

Netflix owns or leases production facilities around the world, including one it opened in New York earlier this year. However, unlike most large entertainment companies, it does not have a major facility in Los Angeles.

ViacomCBS, which owns the Paramount Pictures studio, put the CBS studio up for sale in August as part of its divestment of "non-core" properties to fund its shift toward the streaming business.

The company has now taken final bids on the CBS studio, and Hackman Capital is a leading contender, a knowledgeable source told the New York Post. ViacomCBS declined to comment.