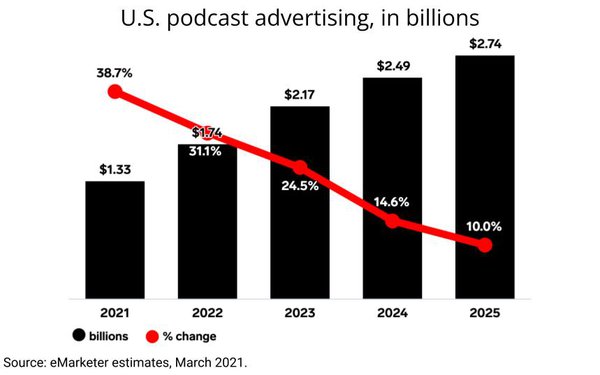 Podcasting, one of the fastest-growing segments of the media marketplace, faces a big obstacle in terms of the validity of its audience measurement: it cannot meet basic ad industry standards.

That was among the significant disclosures made by advertising and media industry measurement watchdog, the Media Rating Council (MRC) during a first-of-its-kind public briefing updating the industry on a variety of standards and processes. Although not part of the formal presentation, the status of podcast audience measurement standards was raised during the Q&A section of the webinar, and MRC CEO and Executive Director George Ivie disclosed that there is a fundamental problem with the way the podcast industry currently measures its audiences that prevents it from meeting the MRC’s minimum standards.

“We want to do podcast accreditation,” Ivie told attendees, adding: “The problem is that the podcast industry is measuring prior to when we would ordinarily consider a good measurement position, I'll just call it that. And I'm using that term very colloquially.”

Specifically, he said the MRC has moved to standard of measuring audience exposure on the “client-side,” meaning when a consumer is actively rendering it on their device, not when the content was streamed.

It’s a similar standard the MRC has set for other forms of served or downloaded media -- including mobile apps, which in many cases are how consumer actually listen to podcasts.

“We want to measure on the client-side when the [ad] has had an opportunity to be seen by the user,” Ivie noted, presumably meaning “heard” in the case of an audio ad embedded in a podcast.

“So, in a podcast context, that would mean, the podcast was downloaded, it was initiated, being played, and the ad was also initiated. That's when you should measure,” he explained, adding: “Right now, most podcast measures are measuring pre-that. They're measuring either when the podcast itself was downloaded, but not nobody's actually started listening to it. Or maybe when somebody started listening to it, but there's no confirmation that anyone's heard any particular ad.”

Ivie emphasized that the MRC wants to audit and accredit podcast audience measurement, but he described the impediment as a “gap” between how the podcast industry has enabled measurement to date, and the MRC’s standard for measuring ad exposure in a downloadable medium.