From Psilocybin To Kava: Trends In 'Psychedelics' 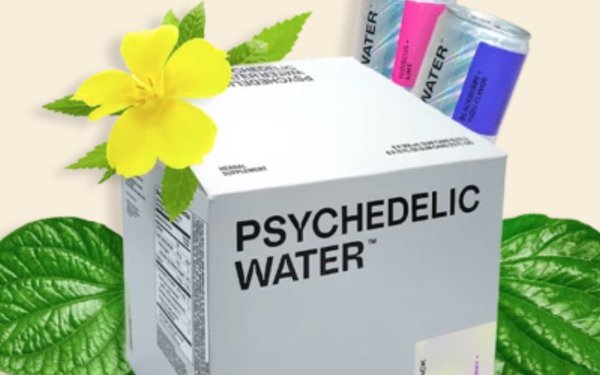 Also referred to as hallucinogens, psychedelics are following a similar path to consumer use as cannabinoids. They’re just taking longer to get there.

The path consists primarily of research leading to approved medicinal use and, ultimately, CPG status.

Two companies in particular—Delic Corporation and Psychedelic Water, both based in Canada—have planted early flags in the U.S. psychedelics space.

Stang is no stranger to mind-altering stuff, having been the owner of High Times magazine.

Among other psychedelics, psilocybin—a chemical derived from certain types of mushrooms—along with MDMA (street name: Molly) are in Phase 3 clinical trials.

“Both have been granted breakthrough status—which means there is a preponderance of great data and a usage that allows folks who have crippling conditions to get an exemption and use them now," says Stang. “So there is clearly a pathway to FDA clearance. We believe in about a year or year and a half, one of those two substances will be cleared for clinical prescriptions.”

According to a document published July 30 by the Oregon Psilocybin Advisory Board, clinical trials suggest that psilocybin “is efficacious in reducing depression and anxiety, including in life-threatening conditions.”

Moreover, initial research also suggests that psilocybin “may be efficacious in reducing problematic alcohol and tobacco use.”

Stang says that psilocybin will be the first such substance in the country to have a non-medical marketplace—in Oregon. “In January of 2023, there will be a full state marketplace for psilocybin packaged goods.”

Among other research and development activity, Delic is working on a psilocybin vape platform “that can be licensed to operators in Oregon as they come online to have a specialized product for the consumer.”

Given that it contains nothing illegal, what makes Psychedelic Water psychedelic?

According to founder Keith Stein, it’s a matter of semantics. “There’s no one single definition of what constitutes a psychedelic,” he says.“The ethos that underpins our company is that we advocate for and believe in a psychedelic state of mind—not based on what you consume or ingest, whether you take traditional psychedelics or not.”

Stein says that while kava is “technically a psychedelic,” it’s psychoactive but not hallucinogenic. “There are laws out there, of course. We pushed the envelope as far as we could push it within the boundaries of the current legal landscape.”

From a branding perspective, Psychedelic Water wants to “insert psychedelic into mainstream life.”

One tactic is the company’s trademarking of the term psychedelic not only in the United States but in other countries as well. It plans to use the name in “a whole series” of consumer products.

According to Stein, the company routinely gets inquiries from other countries where people want to “license our trademarks or work with us to create psilocybin-based products using the psychedelic name.”

Recently available on Amazon in addition to the company’s website, Psychedelic Water has rolled out in some 300 West Coast convenience and grocery stores, gas stations, vape shops and other retail venues.

Stein says the brand has more than 20,000 followers on TikTok. “People are creating content and videos about how this is boosting their mood and just giving them a more positive outlook and feel.”