The Merch War On Christmas

A former twice-impeached president once declared war on "The War On Christmas." Now he's whoring it.

In a series of offers sent to his massive email lists in recent days, the former president's fund-raising and political action committees have been pitching a wide variety of Christmas-themed merch -- everything from $30 sheets of wrapping paper (festooned with images of "your favorite president" donning a Santa cap) to $75 "Save America" Christmas tree ornaments.

The wave of Christmas products merchandising is not the first time his fund-raising committee has exploited the holiday for financial gain.

In a 2020 pitch, it actually used the then president's claims of a "War On Christmas" to solicit donations from supporters, although -- much like his most recent ones -- the use of proceeds was never delineated.

The Christmas monetization is the most recent in a series of merchandising pitches offering products from the former president's fund-raising committee, including raffling off a "hand-signed" "World Series" baseball to the "top 1%" of donors, to a "canvass reproduction" of a painting of the former president for an unspecified amount. 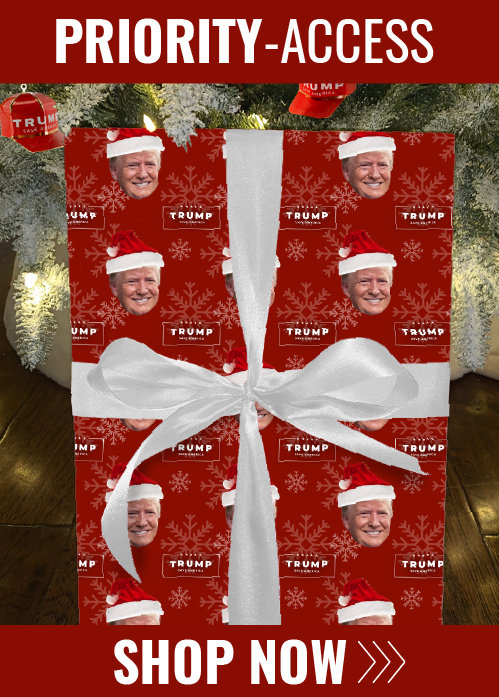