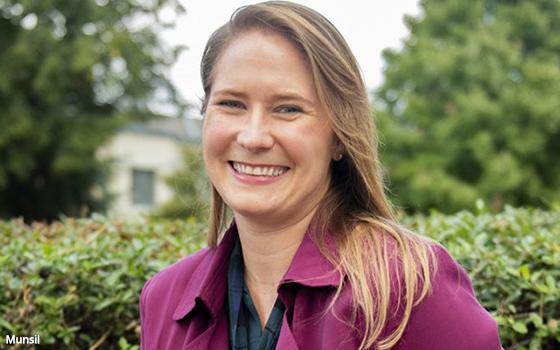 Leigh Munsil has been named editor-in-chief of the nonprofit online San Antonio Report, succeeding founding editor Robert Rivard. He will continue as a columnist and an officer on the board of directors.

The pub, which changed its name from the Rivard Report to the San Antonio Report in August 2020, spend seven months searching for a top editor committed to local news.

Munsil, who has worked as both reporter and editor at various news organizations, including Politico and The Dallas Morning News, was most recently based with CNN in Washington. She worked as an editor of “The Point With Chris Cilizza.”

“I got my start in newspapers, and I believe we have to find a way to serve that same local audience well in a completely new digital media landscape,” said Munsil. “With its massive coverage area and hugely important local and business development storylines, the San Antonio Report is perfectly placed to lead the way.”

Publisher Angie Mock says the vision for the news site is “capitalizing on our many strengths while developing new editorial strategies and products to reach more readers with meaningful local news and civic engagement opportunities.”