'Mayor Of Kingstown' Is Grim Festival Of F-Words 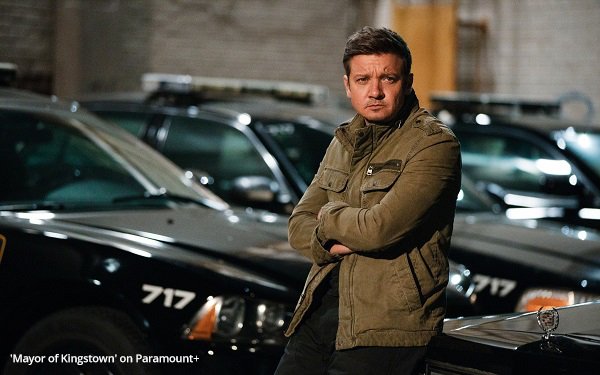 If readers of this TV Blog are growing tired of the occasional complaints here about the casual application of the f-word in TV shows, then imagine the experience of watching all of these shows day after day.

One such odious experience arose yesterday during the self-assigned viewing of the first episode of a new drama series, “Mayor of Kingstown,” which starts streaming on Paramount+ on Sunday (November 14).

The bandying about of the f-word starts almost immediately in the show and then does not let up.

A viewer understands that these are tough, macho men who go swaggering around town engaging in conversations with other tough, macho types. In these situations, the f-word is not that surprising.

However, if the point of all the relentless hard-ass language is to help define the rough-and-tumble world of these macho miscreants, then the point is made or, in this case, over-made.

But it is not only the liberal use of profanity in “Mayor of Kingstown” that jars even the most jaded of us who watch a lot of TV.

This entire show seems to work so hard at maintaining an atmosphere of gloom that it emerges as possibly the most depressing TV show of the year, and that’s saying a lot.

“Mayor of Kingstown” is about two brothers in a small fictional city. One is the mayor of Kingstown (Jeremy Renner, pictured above) and the other (Kyle Chandler) is described as some sort of fixer who, like his brother, has his fingers in many pots.

As the mayor says in one of the show’s narration interludes, Kingstown (said to be in Michigan) is a “company town,” meaning it has one industry.

And that industry is the incarceration of felons. The town has seven prisons, says the mayor, with a population of 20,000 inmates, and 40,000 residents of Kingstown to “babysit” them.

Thus, the lives of the mayor and his brother consist chiefly of driving or walking around Kingstown making deals with various criminal factions who all have interests in what goes on inside the prisons’ walls.

The mayor and his brother have those same interests, which marks them as irredeemable criminals in the same class as the people they are dealing with. They are not anti-heroes who you wind up rooting for.

It is almost needless to say but the brothers’ family relationships are as dysfunctional as their professional lives.

In the first episode, we meet their mother (Dianne Wiest) and then we soon learn that she does not speak to her sons for reasons that are not immediately clear.

With this in mind, we form the impression that this woman, who teaches a history class to female inmates inside one of the prisons, is a more noble or virtuous member of this family.

But all of a sudden, she is seen bawling out a female inmate who has meekly approached her seeking help. And how does she berate this inmate? With a torrent of f-words.

“Mayor of Kingstown” starts streaming on Sunday (November 14) on Paramount+.