Welcome To Icelandverse, Where The Water Is Wet 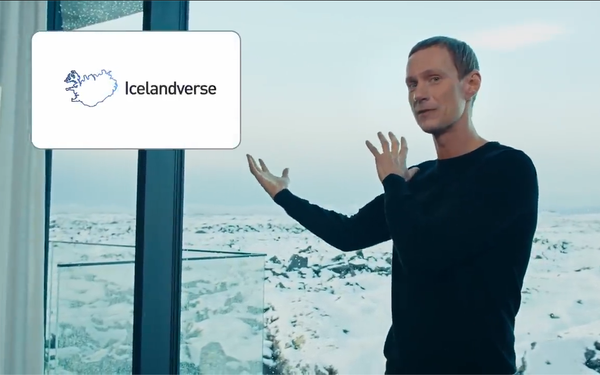 It was inevitable that satirists would take aim at Facebook’s Meta announcement. What’s surprising is the source of the satire: Iceland.

A company called Inspired by Iceland has released a parody of Mark Zuckerberg’s announcement. The video features Zuckerberg lookalike “Zack Mossbergsson” encouraging viewers to partake of the reality of Iceland’s natural wonders, no augmentation needed.

The video starts with Mossbergsson beckoning viewers to take a revolutionary approach to connecting with the world of Iceland “without being super weird.”

In contrast to the Zuckerberg video, which explains the concept of the metaverse, the Iceland video tries to make the case for the Icelandverse being a “not-so-new chapter in human connectivity" featuring "enhanced actual reality without silly-looking headsets.”

He goes on to promote “water that’s wet,” that comes “with humans to connect with.”

“You’re human, right?” he asks the woman next to him in the pool. Then he looks to the camera and asks, “Isn’t she funny?”

The video then goes on to promote “real moss you can look at” and “skies you can see with your eyeballs.”

“Join us today or tomorrow. Or whenever. We are really easy-going,” he adds.

The video prompted Zuckerberg to reply, “Amazing. I need to make a trip to the Icelandverse soon. Glad you’re wearing sunscreen too,” he said, referring to one scene in the video in which Mossbergsson’s face is covered in sunscreen, an allusion to an embarrassing episode for Zuckerberg.