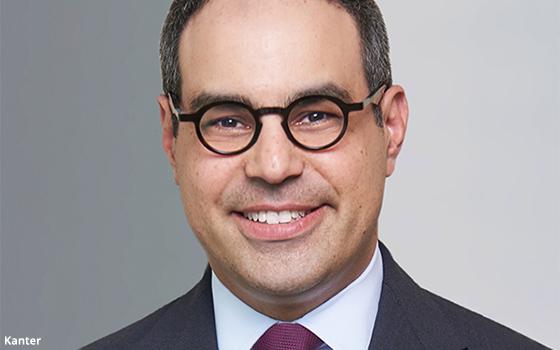 Kanter, known as a Google critic and proponent of aggressive antitrust enforcement, will lead the federal government's pending antitrust lawsuit against Google, which accuses the company of illegally monopolizing the search market.

He is one of several antitrust advocates to join the Biden administration in leadership roles, including Federal Trade Commission chair Lina Khan, and including Tim Wu, now on the National Economic Council.

Kanter, who founded the boutique law firm Kanter Law Group, has served as outside counsel to the News Media Alliance, which is lobbying for an antitrust exemption that would allow news organizations to bargain collectively with Facebook and Google.

He was also a partner at the law firm Cadwalader, Wickersham and Taft between 2007 and 2016 -- during which the firm represented two companies in high-profile antitrust lawsuits against Google.

Senator Amy Klobuchar (D-Minnesota), who has proposed tougher antitrust laws -- including one that would make it more difficult for large tech companies to purchase potential rivals -- described Kanter as “a leader in the effort to increase antitrust enforcement against monopolies by federal, state, and international competition authorities.”

“Now that he has been confirmed by the Senate, I look forward to working together to ensure that the Antitrust Division fulfills its mission to vigorously enforce the antitrust laws, protect consumers, and promote competition throughout our economy,” she stated Tuesday.