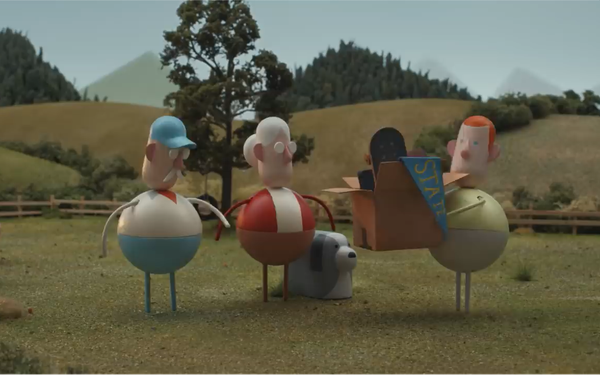 Ten years after Chipotle released “Back to the Start,” a 2-minute, 20-second animated video scored to Willie Nelson’s version of Coldplay’s “The Scientist,” Chipotle is back with a similar ad featuring Kacey Musgraves reimagining another Coldplay classic, “Fix You.”

The ad, via Observatory, features an old farmer sending his son off to college. The spot then shows the boy returning home and rebuilding the farm with new technology, including solar panels. The community is also there to help.

The ad comes as the U.S. has lost more than 20 million acres of farmland in the last decade. “When [filmmaker and cartoonist] Chris Brandt called Observatory and said ‘we want to go back to the start,’ we knew exactly what he meant: that it is time to restate Chipotle’s commitment to Cultivate A Better World," said Jae Goodman, Founder and CEO at Observatory. “Of course, he did not mean that Chipotle wants to look backward, but rather press forward with their continued commitment to America’s family farmers and a more sustainable food future for us all. So, ‘A Future Begins.’"

While the first film was a standalone piece to state Chipotle’s brand values and commitment to family farmers, “A Future Begins” is the centerpiece of a fully integrated, content-centric campaign that also includes social media activation that brings to life assets such as a behind-the-scenes “making of the song” video on major social channels and QR codes on millions of Chipotle’s recyclable bags through which consumers can watch the full film.