Partly because it's been a very long year -- like a half a dozen crammed into one -- and partly because it's the last "RTBlog" I'll be posting before the end of it, but mostly because we're also running a nice op-ed by Marty Siederer about pioneering late night TV interviewer Tom Snyder on the 40th anniversary of the last broadcast of NBC's "The Tomorrow Show," that I decided to compress one of my favorite interviews -- the one Snyder did with Marshall McLuhan -- into a few graphically captioned frames. You know, to make it more accessible, and less "right hemisphere-ish."

It was prophetic then, and explains a lot about what's going on now. 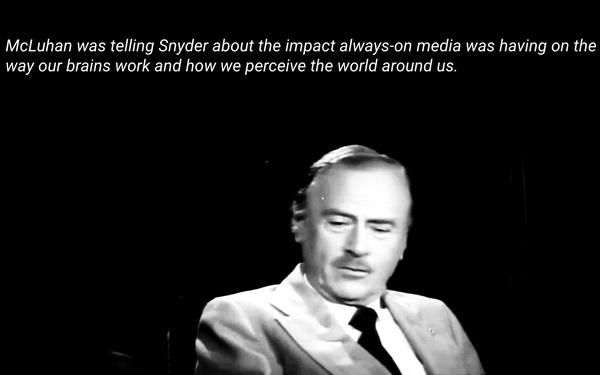 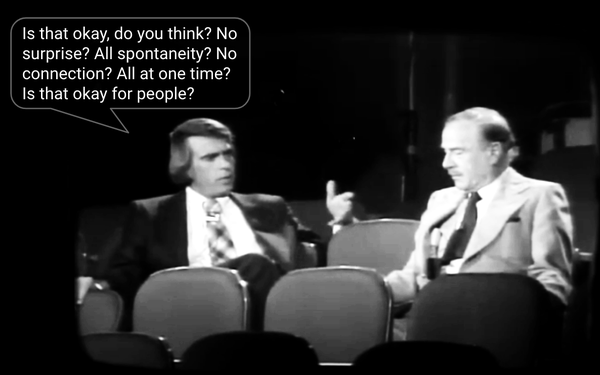 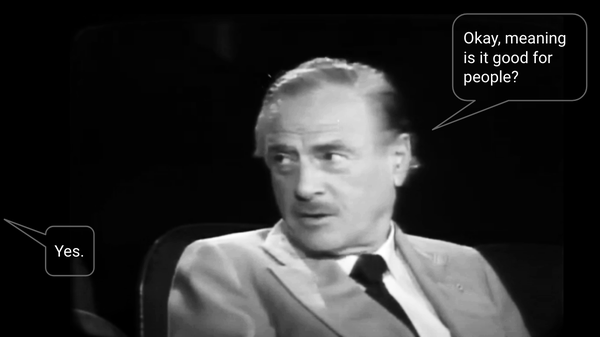 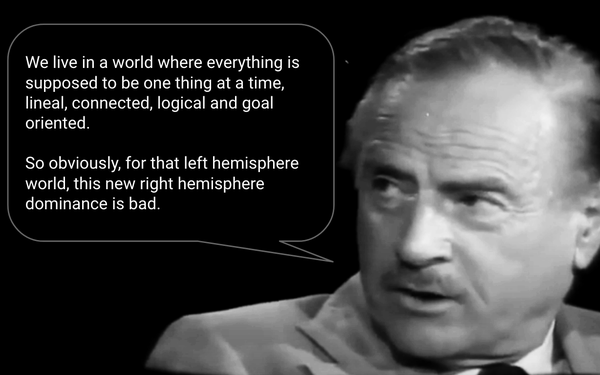 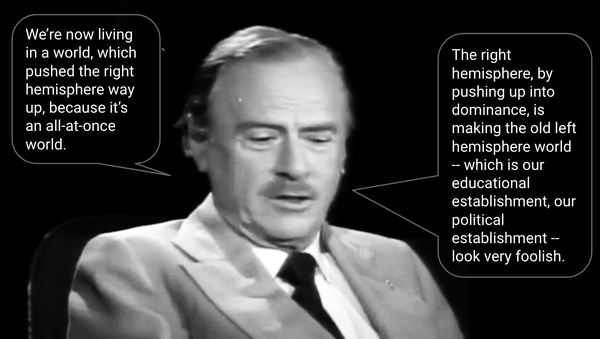 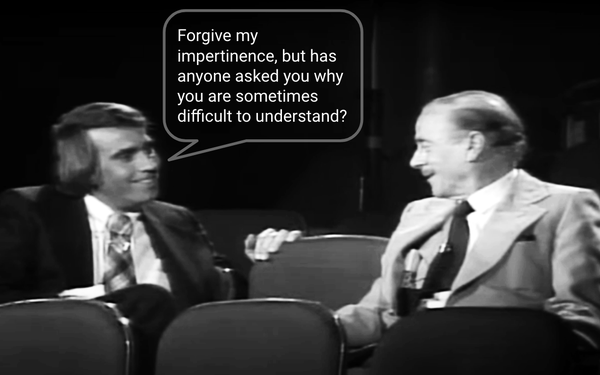 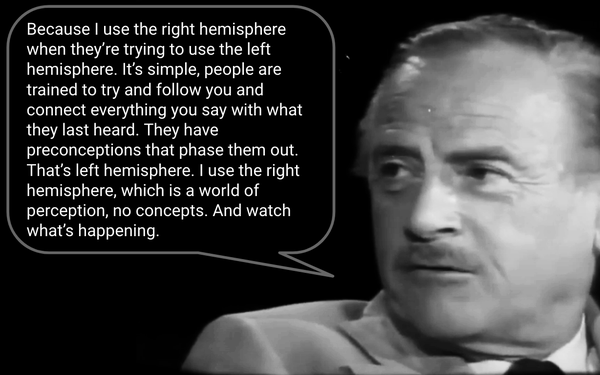