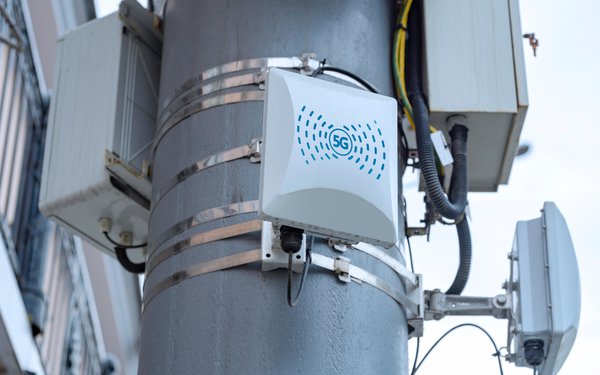 In a reversal, AT&T and Verizon said late Monday that they would delay rolling out 5G service near airports for two weeks.

The move comes just one day after both companies refused a request by Transportation Secretary Pete Buttigieg and the Federal Aviation Administration to postpone the rollout, which had been scheduled to start Wednesday.

The decision to delay follows several weeks of increasingly heated conflict over the Federal Communications Commission's decision to allow telecoms to use portions of the C-Band spectrum.

The FCC voted in 2020 to free portions of the C-Band spectrum for 5G for mobile broadband, and issued rules aimed at preventing interference with aviation equipment.

But another agency, the Federal Aviation Administration, warned in November that the planned 5G service could potentially affect altimeters -- devices that determine altitude based on radio waves.

Last Thursday, the airline industry group Airlines for America filed an “emergency petition” asking the FCC to stay its 2020 order.

On Monday, the pilots union supported that request, arguing that airplanes' “margin of safety” would be degraded by the planned 5G service.

“Spectrum interference disputes typically involve simultaneous transmissions on the same frequencies. But radio altimeters do not operate on, or anywhere near, the C-Band frequencies,” the companies said on Sunday.