Gen Z Demystified: They're Social, And Not As Digitally Driven As Portrayed 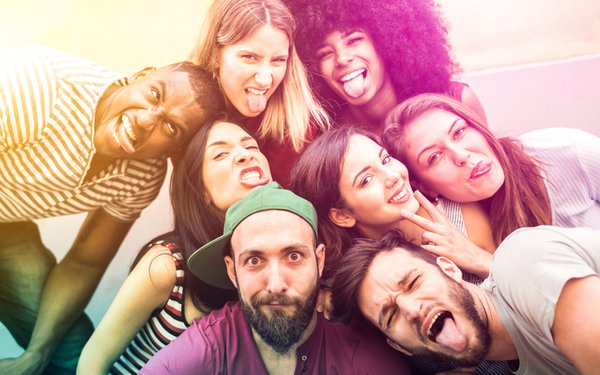 Gen Zers: A pack of lazy, self-involved brats who cannot pull their eyes away from their mobile screens. Right?

Not so fast: On the contrary, the typical Gen Zer is “a self-driver who deeply cares about others, strives for a diverse community,” and also collaborative and social, says Roberta Katz, a research scholar at Stanford’s Center for Advanced Study in the Behavioral Sciences, and co-author of Gen Z, Explained: The Art of Living In A Digital Age, speaking to Stanford News.

What’s more, Generation Z “values flexibility, relevance, authenticity and non-hierarchical leadership, and, while dismayed about inherited issues like climate change, has a pragmatic attitude about the work that has to be done to address those issues,” Katz adds.

And that cliché about Gen Z’s online addiction?

That doesn’t square entirely with studies conducted in the industry, indeed, a recent Airship study revealed that Gen Z is least likely to always or frequently unsubscribe from brand emails. At 38%, these so-called Zoomers fall in behind  Boomers (48%), Gen Xers (40%) and Millennials (39%).

But let it go: Studies also show that Gen Zers greatly value community and are somewhat tolerant of their less digitally savvy elders.

This research revealed several misconceptions, one being that Gen Zers (aka Snowflakes, Zoomers) are unmotivated because they don’t have after-school or summer jobs.

“But many Gen Zers have been earning significant dollars online through a variety of activities, even including product placements on fashion-advice sites,” Katz writes.
Then there's this: that “older people, for whom getting a driver’s license was a rite of passage toward adulthood, have criticized Gen Zers who do not rush to take their driver’s tests when they turn 16.” Katz says.

This criticism “fails to consider that Gen Zers have no need to drive when they have ready access to ride services like Uber and Lyft,” Katz continues.

What has Katz learned?

I came to understand that Gen Zers are, on the whole, much better adapted to life in a digital age than those of us who are older and that they can be very frustrated by what appear to them to be outdated and often irrelevant ways of doing things,” Katz says.

Case in point: “An an older person would likely assume that any organization needs a set of officers, for that has been the norm in their experience, but a Gen Zer would say, from their lived experience, that there is no need to elect officers (or other leaders) if the group can accomplish its mission through online collaborations that take advantage of the participants’ diverse skills.”

demographics, email, gen z
1 comment about "Gen Z Demystified: They're Social, And Not As Digitally Driven As Portrayed".
Check to receive email when comments are posted.
Next story loading