After DirecTV Drop, OAN CEO Begs Viewers To Pressure Other Operators To Pick It Up 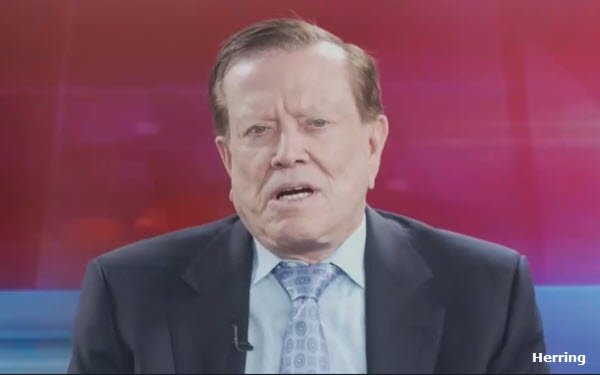 Since DirecTV announced on Jan. 14 that it will drop One America News (OAN) network when its contract with owner Herring Network News expires in April, OAN has been urging viewers to reach out to other pay-TV providers to get them to pick up the right-wing, conspiracy-spreading network.

In addition, at the end of his show on Jan. 17, OAN host Dan Ball showed a photo of William E. Kennard, chairman of AT&T — which owns 70% of the recently spun-off DirecTV — and asked viewers to call AT&T’s customer support line “daily, every hour,” to complain and “raise hell.” OAN is “now at war with AT&T, and it is time that we all fight and fight like hell with our words and our pocketbooks,” he said.

“If you’ve got any dirt” on Kennard, “I’d love to see it and put it on this program,” as quoted on the site of Media Matters, an advocacy group that describes its mission as seeking to correct conservative misinformation in U.S. media. “You bring me concrete evidence of whatever it may be — cheating on his taxes, cheating on his wife, saying racial slurs towards white people, folks do that — whatever it may be, find it for me, bring it, and we’ll air it.”

On another OAN show on Jan. 17, Liz Harrington, a spokesperson for Donald Trump, claimed that DirecTV’s decision to drop OAN was part of disproved conspiracy theories around the 2020 election.

Most recently, on Friday, OAN aired a video message from Robert Herring Sr., founder and owner of Herring Networks and CEO of OAN.

In it, Herring said that it came as a “major surprise” to him when he heard a news report of DirecTV’s decision to drop OAN. His relationship with AT&T began when he chauffeured their executives in his twenties, and “later in life, this little news network that I built with my family and a small group of the hardest-working individuals I know found its way into the AT&T channel,” he said.

“In the past, we have worked with a man named John Stankey at AT&T, and we always appreciate the great working relationship we had with him,” he continued, referring to AT&T's current CEO. “But just recently, the new head of the board of AT&T, by the name of William Kennard, let us know that he and the rest of the board simply do not want to carry us anymore...

“We don’t know exactly what we are going to do yet. But don’t worry, we have a lot of options. We have always been and are still more than happy to talk to the cable providers throughout the country.”

Herring also asked viewers to reach out to the cable/pay-TV providers in their areas, like Spectrum and Dish, to ask them to carry OAN.

OAN is enmeshed in defamation lawsuits from voting machine companies Dominion Voting Systems and Smartmatic. If it loses, the damages could come to a combined $1.6 billion.

OAN is also carried by Verizon FiOS (3.7 million subscribers as of September 2021) and smaller pay-TV providers, and can be streamed on Vidgo and Herring-owned KlowdTV. Without DirecTV, OAN would have under 5 million U.S. pay-TV subscribers, estimates NexTV. However, some of OAN is also available on Roku (55 million active users) and Amazon Fire TV (50 million), and some of its shows are aired on iHeart radio.

AT&T and DirecTV have been under pressure to drop OAN, particularly since Reuters reported last October that the inspiration for OAN’s 2013 launch came from AT&T executives who wanted a conservative network in addition to Fox News to balance several left-wing networks.

“When they said that, I jumped to it and built [such a network],” OAN's Herring testified in 2019.

In response to the Reuters report, AT&T released a statement saying that "AT&T has never had a financial interest in OAN's success and does not 'fund' OAN."

politics, television
4 comments about "After DirecTV Drop, OAN CEO Begs Viewers To Pressure Other Operators To Pick It Up".
Check to receive email when comments are posted.
Read more comments >
Next story loading