Netflix Show With Ridiculously Long Title Is Not A Joke 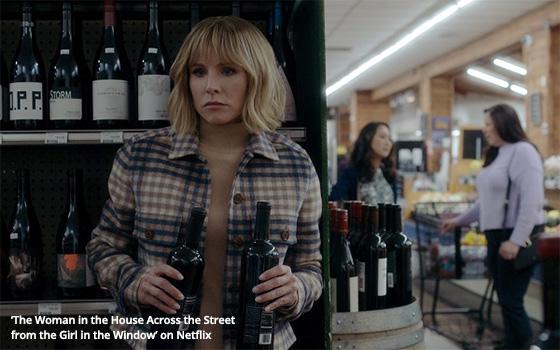 A new Netflix show’s unwieldy title makes it seem like a satire.

The title is “The Woman In the House Across the Street from the Girl in the Window,” premiering Friday.

It is a title that at first glance might remind some of the satirical movies about other movies that were popular back in the ’00s such as the “Scary Movie” series (they made five of them) and “Not Another Teen Movie.”

This new one sounds like a parody of woman-in-peril movies and TV shows in which a lonely woman recovering from a personal tragedy and a failed marriage becomes interested in the handsome single father who moves into the house across the street.

But, like a movie on Lifetime, the man may turn out to be nothing like he appears to be.

That happens to be the basic outline of “The Woman In the House … [etc.],” but judging by the show’s first episode, it is not a satire. This fact makes me question why it is titled this way.

I have long been under the impression that long titles such as this one are something to be avoided because they are challenging for audiences to remember and, more importantly, spread the word about a show and recommend it to friends and family. It is called word of mouth.

In any case, the woman at the center of the show is played by Kristen Bell (pictured above). Her name is Anna and she is likely an alcoholic.

Her reliance on wine to get her through her lonely days is not diagnosed as alcoholism by anyone in the show.

While sipping her daily, copious amounts of wine, she reads books and stares out her window at the life of her suburban neighborhood -- life that is passing her by bothy literally and figuratively. This is when she spots the man moving in across the street with his young daughter.

At various points in the premiere episode of the show, the two make goo-goo eyes at each other in such a way that it is pretty clear they are headed for a hot and heavy relationship.

When you finally figure out that the show is not a satire, it is possible to regard it as more or less suspenseful as Anna gets to know this man, while we who are watching at home begin to pick up hints that he is not what he seems.

And like a teen in peril in a horror movie (the types of movies satirized by “Not Another Teen Movie”), Anna makes various moves toward this relationship that make a viewer want to scream “Don’t do it, Anna!”

Despite the mild entertainment this show provides, it is also run of the mill -- not quite a Lifetime movie, however, and definitely not a satire of one.

“The Woman In the House Across the Street from the Girl in the Window” starts streaming Friday (January 28) on Netflix.