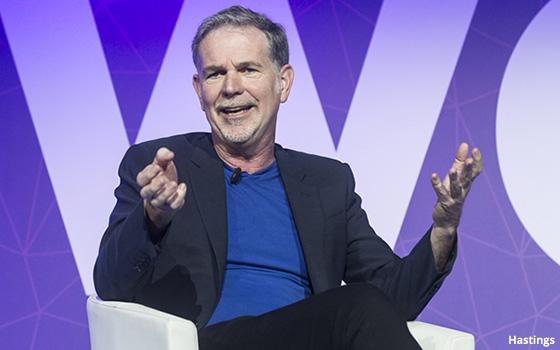 Netflix co-chief executive Reed Hastings acquired $20 million worth of shares in the company after last week’s earnings report sent the price of the shares down sharply.

Hastings bought more than 51,000 indirectly owned shares at an average price of nearly $389 starting on Jan. 27, according to a Securities and Exchange Commission filing on Friday.

After Netflix forecast in its Jan. 20 Q4 2021 earnings that it would add just 2.5 million new subscribers in this year’s first quarter, its stock price dropped more than 20%. The stock was down about 40% year-to-date at the time.

While Netflix’s Q4 performance was strong otherwise, some analysts took the disappointing growth outlook as an indicator that streaming’s phenomenal momentum is slowing amid massive competition and exploding content development costs.

That sudden reversal in enthusiasm for all things streaming dovetailed with an overall shaky stock market.