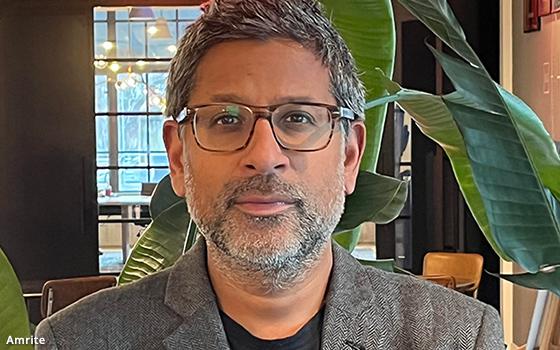 Integrated agency Wunderman Thompson has named Ash Amrite as a client partner, taking a leadership role with clients such as ABB, Canon and Dell. He will be critical in developing the London-based agency’s digital experiences.

Amrite joins from Radley Yeldar, where he held a board role as head of digital and customer experience since 2017, working with GSK, Ocado, Microsoft, Tesco and Arcelor Mittal.

Previously, Amrite established the RY Labs Innovation Hub at Radley Yeldar, for the fast prototyping of digital products, ranging from interactive film and chatbots to data visualization tools and platforms.

Amrite who has won a Mobile Gold at Cannes Lions for Microloan “Pennies for Life” and a Drum Drum B2B Brave award for JTI Chatbot, has also worked at Dare and Mullen Lowe. Clients included Lego, Unilever, Pernod Ricard and Burger King.

In her new role, Barratt is charged with bringing together innovation, technology and design across multiple platforms to enhance brand experiences.

With the agency since 2017, Barratt has worked on the Alibaba, Google, Huawei and Uber accounts. Before joining Wolff Olins, she was creative director at Rufus Leonard, and also held design roles at Moving Brands, Saatchi & Saatchi and Pentagram.

She has been named as a judge on the 2022 D&AD Pencils awards.

Also, WPP has upped Rose Herceg to president in Australia and New Zealand. Previously, Herceg was Chief Strategy Officer of WPP AUNZ. Prior to joining WPP, she founded the Pophouse agency, later sold to STW Group.