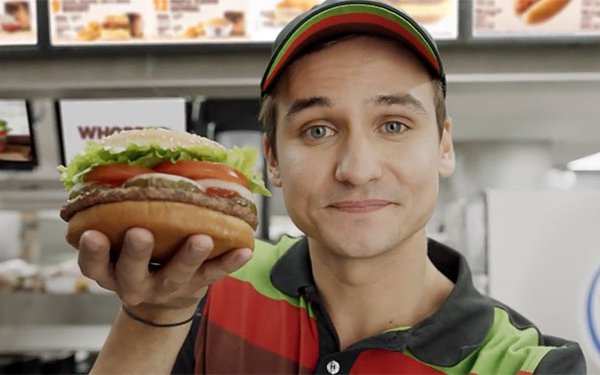 I have been reporting on advertising and marketing since 1999, and I've seen few agency clients as unstable as Burger King.

Back then, in March of 1999, Burger King was planning a “radical revamp” replete with a new logo, store design and, of course, advertising.

The chain eventually introduced the tagline, “In the land of burgers, Whopper is king” in 2001, which stuck around until 2003. That slogan accompanied others over the years, including “Burger King, where you’re the boss!,” “Be your way” and the current “Your way.”

Now, Burger King is implementing “better testing protocols” to ensure its marketing initiatives are “well chosen and more impactful,” according to reports.

Burger King’s penchant for reinvention is admirable, but it comes at the expense of its long-term brand identity. After all, if a brand reinvents itself too many times, consumers must conclude that the brand doesn’t really stand for anything.

On the other hand, Interbrand’s Best Global Brands lists Apple as No. 1. Apple has had the same slogan since 1997: “Think Different.” In contrast, Burger King has had several slogans since 1997, including “Wake up with the King,” “You’re no clown with the crown,” and “Taste is King.”

It’s fine for a brand to cycle through a few slogans—Coca-Cola has had a few since 2000, including “Make it real,” “Taste the feeling” and the current “Real magic”—but it should be noted that the top brands on Interbrand’s list, including Microsoft, Google and Samsung—don’t have a memorable slogan. Nor do such brands as Starbucks, Whole Foods or Tesla.

Of its 100 Most Influential Taglines Since 1948 compiled by Tagline Guru, the majority ran since 1980. Yet when you consider the best known taglines—Nike’s “Just do it” and Apple’s “Think different,” you notice that very few have been introduced in the last 20 years. One of the few to make the cut was Coca-Cola’s “Open happiness,” which was introduced in 2009. But even that tagline has been replaced by “Open to better” and Coca-Cola’s website includes the tag, “It’s the real thing,” which was introduced in the 1970s.

Perhaps that’s the problem plaguing Burger King. In its quest to update the 1970s’ “Have it your way,” BK keeps coming up short. Maybe BK should take a cue from Apple and think different.