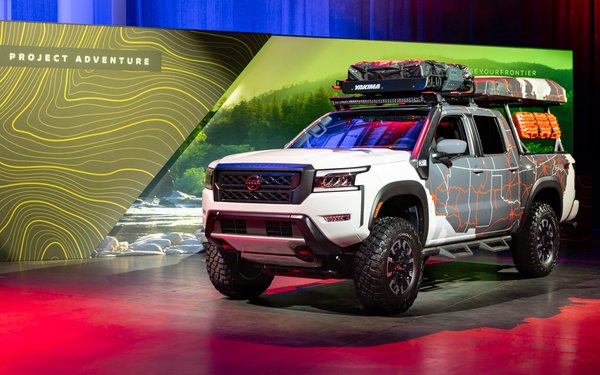 Consumers made their way to the 2022 Chicago Auto Show to get a look at the latest cars, trucks, SUVs and EVs, including several concept vehicles.

The show concluded its 10-day run last week. Despite facing hurdles of producing a show during the continuing pandemic and vehicle inventory shortages, show organizers were able to bring back First Look for Charity, host a successful media preview and safely welcome hundreds of thousands of people to the public show.

Although attendance numbers were lower than a typical year, organizers report attendance at around 200,000, double the number of people who attended the 2021 special edition show last July.

Part of what hampered the show was COVID restrictions being in flux and the difficulty communicating a clear message regarding safety protocols, said Chicago Auto Show General Manager Dave Sloan.

“These last two shows really illustrate the importance of in-person interaction with the vehicle,” said Sloan. “During our July special edition show, nearly 40% of attendees experienced a test track or test drive, a number we hope to beat this year with three outdoor test drives and six indoor test tracks.”

Automakers reported hitting their test track and test drive number goals this year, which were on pace with years preceding the pandemic, despite the smaller show.

“This is an extremely valuable metric for our exhibitors, as research shows experiential opportunities like these translate directly to vehicle sales -- that’s the value of an auto show,” said Sloan.

One track that attracted many curious consumers was at the Ford display.

Ford offered two new indoor tracks to highlight its Bronco family of vehicles and its latest EVs, the F-150 Lightning and Mustang Mach-E.

Jasen Turnbull, Ford F-150 Lightning product and consumer marketing manager, was on hand for the media days  and took reporters for quick rides around the test track in a prototype to show off the truck’s ability to hit 60 mph in around 4.4 seconds (see video).

Orders officially opened in January, and production starts in the spring. Demand for the electric pickup has far exceeded Ford's estimates.

Another new attraction this year was an indoor 2022 Toyota Tundra test track. Fan favorites returned, such as Camp Jeep (which celebrated its 18th year at the show), Ram Truck Territory and Subaru’s popular National Parks immersive exhibit and dog adoption. To date, 14 dogs have been  adopted as a result of their time at the show.

The all-new Frontier is off to a strong start with initial sales and demand exceeding company expectations. Sales during the first three months of availability increased 115% over the prior year, with segment share up more than six points, according to the automaker.

The automaker was enthused about the Chicago show.

"People want to get out of the house, have adventures and do it in style, so timing of the adventure-ready 2022 Frontier couldn't have been better," said Michael Colleran, senior vice president, Nissan U.S. marketing and sales.