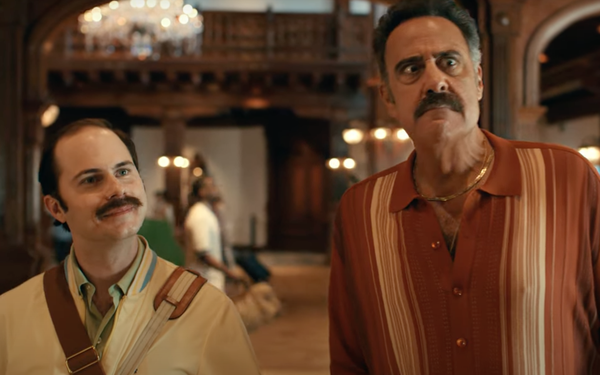 If big guys with fame and fury can sell sandwiches, Schlotzsky’s and Jimmy John’s just may steal the competition’s lunch.

Schlotzsky’s has reinvented Joey Fatone, of ‘N Sync fame, as the hot-tempered, sandwich-loving Joey Calzone. And Jimmy Johns is bringing back actor Brad (“Everybody Loves Raymond”) Garrett as the enraged Tony Bolognavich.

Fast-casual Schlotzsky’s, a relatively small player in the sandwich world, went big with the new effort. Since Fatone rhymes with calzone, it says the campaign is a match made in heaven. And it helps that the entertainer is also a well-known lover of Italian food and comedy.

The campaign reinvents him as Joey Calzone, with content that supports the “Reinvention of An Artist” effort. In video, digital platforms, in-store menu boards, social media and its rewards app, it spoofs his commitment to the calzone.

That includes launching a network devoted entirely to the calzone, featuring the former boy-band legend in reality-show temper tantrums in the kitchen and dressing room.

For Jimmy John’s, Tony Bolognavich is back, and he’s on a tear. The character has been appearing as the brand’s Mafiosi-like “King of Cold Cuts” since 2021.

In the new campaign, he heads off on vacation to escape the way Jimmy John’s is closing in on his on inferior sandwich ventures. But everywhere he goes at the luxury resort, he gets a reminder about the limited-time offer for the Zesty Garden Turkey Club.

Both campaigns come as the sandwich segment of the QSR universe is getting spicier. Subway has long dominated the category and just announced record-setting revenues for the year. It says sales-per-unit results are the highest they’ve been in seven years.