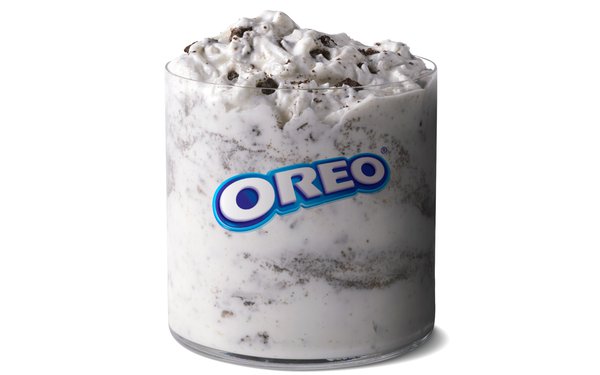 Image above: the Oreo McFlurry, a combo of cookie pieces and, yes, the sometimes-problematic soft-serve ice cream.

A small tech company that had helped franchise operators of McDonald’s restaurants monitor and adjust the QSR’s chronically challenged, soft-serve ice cream machines is suing McDonald’s for $900 million in damages.

Founded in 2018, Kytch describes itself as a platform for smart-connected QSRs.

The company’s internet-of-things device—called the Kytch Solution—enabled McDonald’s franchise operators to remotely monitor and control the soft-serve machines, which are well-known for constant breakdowns and costly maintenance/repairs.

The maintenance and repairs were typically handled by Taylor Company—which manufactures ice cream machines for McDonald’s—and paid for by franchise operators.

The Kytch Solution—installed within the machines—was designed to detect errors and alert operators to potential problems.

According to the lawsuit, a 2020 article by Business Insider described Kytch Solution as a viable solution for issues with Taylor machines.

“The article described Kytch’s success and explained that McDonald’s operators were relying on the Kytch Solution to manage Taylor’s finicky machines. The positive coverage about Kytch angered McDonald’s,” the suit states.

“Kytch was the only product on the market that was positioned to fix the soft-serve machines at McDonald’s. Kytch soon gained market dominance after the largest organization of independent McDonald’s operators—the National Owners Association—endorsed Kytch at its national conference.”

To create a “stall tactic,” McDonald’s and Taylor fabricated safety claims “to mislead Kytch’s customers into believing that safety testing determined that the Kytch Solution would cause ‘serious human injury’ to users—claims that are, and that McDonald’s and Taylor both knew at the time to be, demonstrably false,” according to the suit.

Problems with soft-serve machines at McDonald’s are no secret to the chain’s regular customers—and the chain itself has poked fun at the devices.

In a Twitter post on Aug. 11 of 2020—cited in the lawsuit—the chain noted, “We have a joke about our soft serve machine but we’re worried it won’t work.”

The ice cream machine issue hasn’t been lost on competitors.

Jack in the Box controls the website McBroken.com, where people can find out at which locations McDonald’s ice cream machines are not functioning.

Kytch is seeking $900 million based on what it claims the company’s value would be if not for the conflict with McDonald’s.

McDonald’s issued this statement: “McDonald's owes it to our customers, crew and franchisees to maintain our rigorous safety standards and work with fully vetted suppliers in that pursuit.

“Kytch's claims are meritless, and we’ll respond to the complaint accordingly.”

Marketing Daily reached out to Taylor but had not heard back by deadline.

Filed in the U.S. District Court for the District of Delaware, the Kytch lawsuit was first reported by Wired.