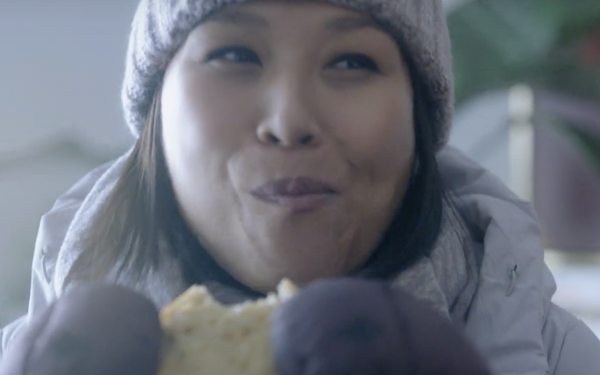 You’ve heard of guys who are obsessive about coffee or cereal -- but how about English muffins?

In these ads, via RTO+P, a guy is so obsessed with his Bays English muffins that he keeps his house at 37 degrees Fahrenheit because that’s the temperature Bays English muffins are kept in the dairy case at the supermarket. So we see the guy waking up and leaving his apartment, all while dressed in a winter coat and hat.

Along the way, we see that his wife is also similarly decked out, and the couple is able to stack their Bays out in the open because the house is so cold. In another ad, the couple invite friends over, who haven’t dressed for such a cold occasion. “You dress warm!” the woman makes her dog say.

They’re a weird couple -- and an apparently environmentally unconscious one as well.