As Media Talent Crisis Peaks, Agencies Go Back To School 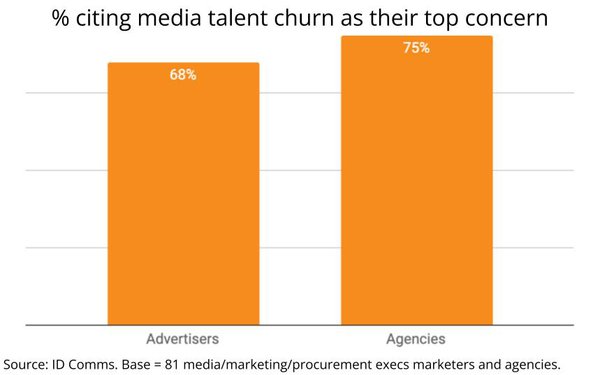 It’s no surprise that the staff disruption created by the “Great Resignation” has put a strain on the ad biz – an industry famously described as having its “inventory” go down the elevator each night. But with much of that inventory not coming back up the past couple of years, new research shows media talent churn has emerged as the top concern among both advertisers and agencies.

Three quarters (75%) of agencies and 68% of advertisers surveyed by ID Comms in February and March cited “the churn of media talent” as their No. 1 concern.

“Even before the pandemic, the advertising industry had above-average turnover rates,” the report notes, adding that advertisers have actually grown more pessimistic about their ability to recruit the right talent over the next 12 months, “with 90% suggesting it will get harder.” Only 71% of agency respondents said they expect it to get harder.

But agencies are fighting back, focusing on a variety of programs to attract and retain media talent, including improving the culture of their organizations in the face of hybrid, remote and significantly altered work environments, but especially in the form of enhanced education, training and professional development.

And Dentsu’s Merkle unit announced it is funding the Salesforce training of 60 refugees via relief organization RefugeeForce, and plans to hire them.

And now one of the biggest media talent organizations in the world, WPP’s GroupM, has unveiled a massive reboot and formalization of its global education, training and professional development program rebranded as “GroupM University.”

While she declined to disclose what the current rate has been averaging, she acknowledged that “Over the course of the past few years – much like the rest of the planet – turnover rates have skyrocketed.”

The centerpiece of GroupM’s strategy for turning that around is GroupM University, which is backed by a $15 million, three-year commitment to formalize its global media training program in order to “re-skill and up-skill” new and existing talent in its organization.

While the program is not an accredited university in the conventional academic sense, Anthony said it is working with accredited academic institutions on providing some of the training, as well as leveraging its best internal and external partner resources to provide a comprehensive program for educating its media talent on both current – as well as new, emerging areas of media industry expertise.

The highlight of the effort is a new program dubbed “Launch Pad,” which is explicitly focused on helping to attract and “onboard” people new to the media industry into GroupM’s organization.

“It’s a new program designed to re-skill, up-skill and cross-skill people who want to get into media,” added Kirk McDonald, CEO of GroupM North America, who championed the program.

“You may be further along in your career, but you’ve always wanted to do media, so you just want to get re-skilled,” he explained, adding that as part of the program, GroupM is no longer requiring minimum requisites like a college degree to be considered for a role in its organization.

“We’re saying, ‘If you’re happy being a firefighter, but you wanted to do media your whole life, we’ll give you what you need to learn in the first two weeks to make you dangerous. And then over 12 weeks, we will make you really competent,” McDonald explained. 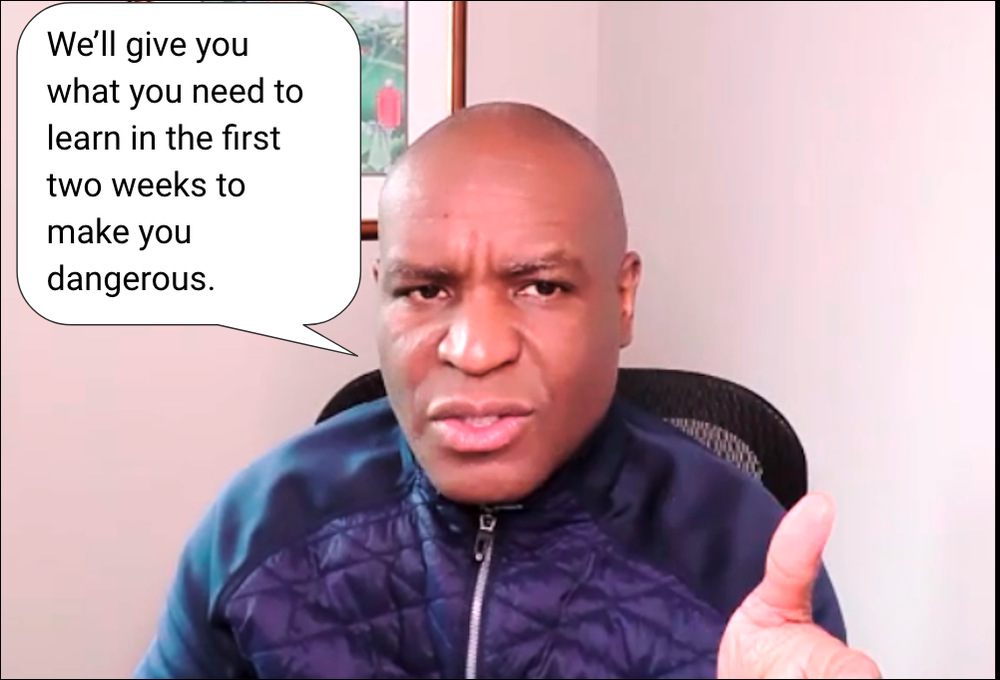 McDonald and Anthony said GroupM has some internal metrics and KPIs for evaluating the success of the new program, but that the general goal is to at least return to more normalized kinds of turnover rates it had been dealing with pre-pandemic.

Quantitative impact aside, the program is also intended to elevate the quality of the talent throughout GroupM, including its senior-most managers, as well as its rank-and-file.

That should go a long way toward resolving the next biggest concerns uncovered in ID Comms recent study, which include the "quality" of media talent, as well as the ability to "motivate" people for "success." (See below.) 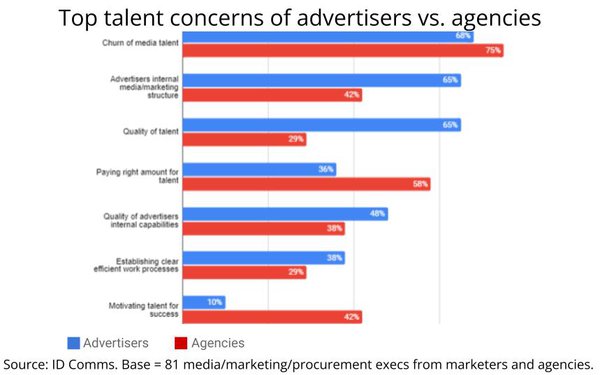 2 comments about "As Media Talent Crisis Peaks, Agencies Go Back To School".
Check to receive email when comments are posted.
Read more comments >
Next story loading