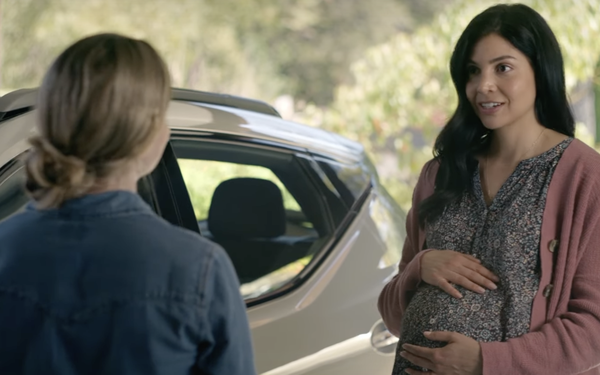 In an attempt to normalize electric vehicles, Chevrolet has rolled an ad for its Chevrolet Bolt EV that compares owning an EV to having a baby.

In the ad, via Commonwealth//McCann, a woman visits an expectant mother at home to show her how to charge the car.

From the onset, there is confusion about what they’re discussing. “So, are you excited?” the technician asks the expectant mother.

“I am, but I’m a little nervous,” says the pregnant woman. “This feels like a big change…

“But it’s not,” the technician says. “People act like they’re so hard to take care of or whatever, but it’s totally a piece of cake.”

The technician then plugs the car in from the wall. “See how easy that is?” she asks.

“I wish being a mom was that easy,” says the pregnant woman. “It’s not,” says the technician, laughing. The expectant mother’s face goes limp.

The ads come as Chevy has restarted production of the Bolt after some battery fires. As gas prices keep rising, the Bolt, which starts at $31,500, is about $15,000 less than the Tesla Model 3. It also has 250 miles of range, which is plenty for most people.

Part of the push is to get would-be owners to understand the technology and present it as worry-free.