It's rare that I use a column to praise one of our direct competitors, but if you haven't seen it yet, I urge readers to check out Adweek's latest print edition, which is devoted 100% to Ukraine and is written exclusively by Ukrainians.

"For the first time in 43 years of publication, Adweek has handed off full control of an entire issue," the editorial team said in an email promoting the edition, which was produced by more than 20 Ukrainian editors, writers, illustrators and creatives.

As if that wasn't enough, Adweek also pledged "all proceeds from the revenue" of the issue not going to paying the freelancers who produced it -- roughly $75,000 -- as a donation to Nova Ukraine, a 501(c)(3) humanitarian charity selected by the issue’s guest editors.

"We hope this issue is as inspiring and emotional to read, as it was to create," the staff noted, adding that if you don't already subscribe, you can support the effort by purchasing a single issue of the edition here.

So kudos to Adweek for using print media the way it was intended: to inspire and evoke emotions. 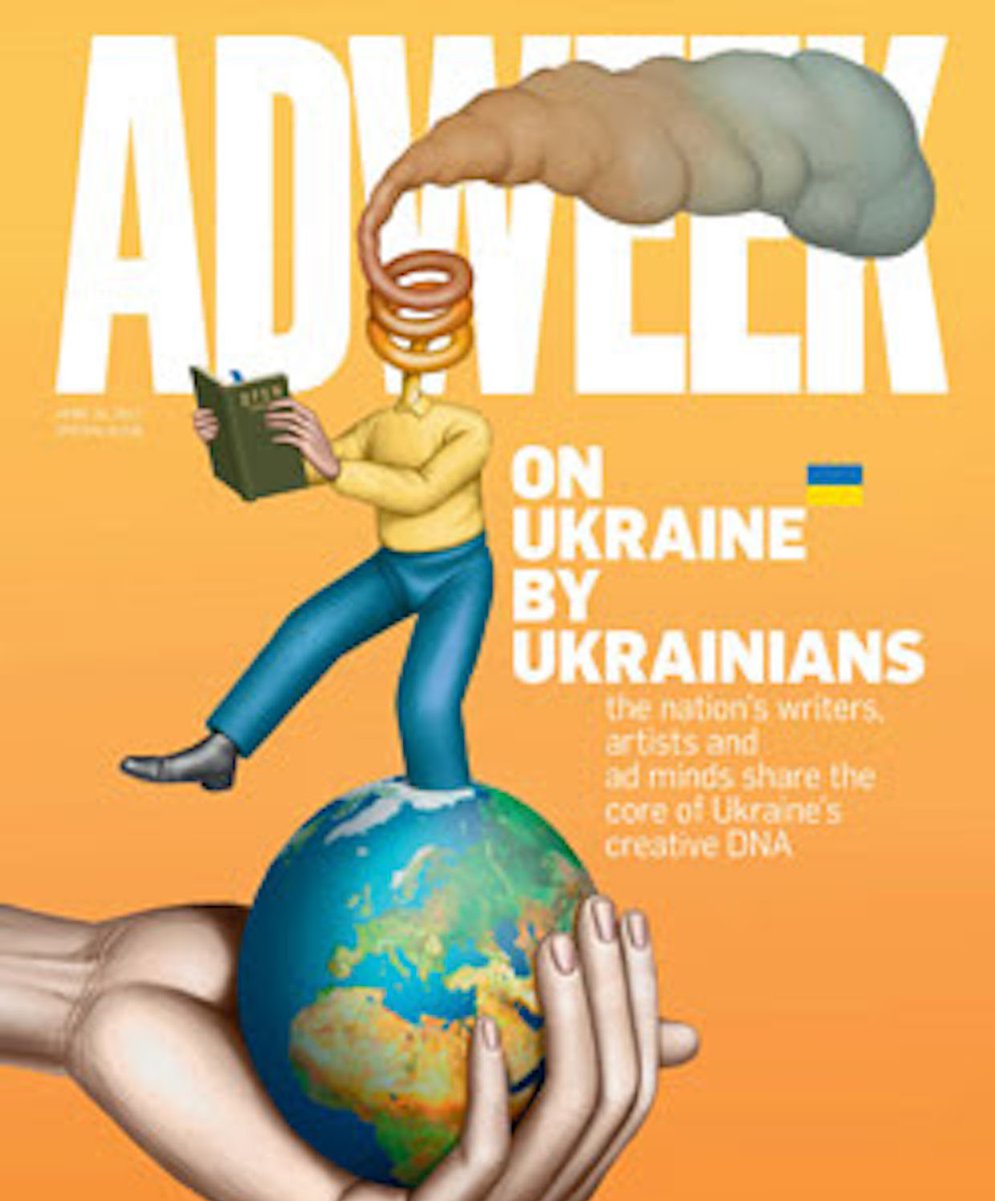