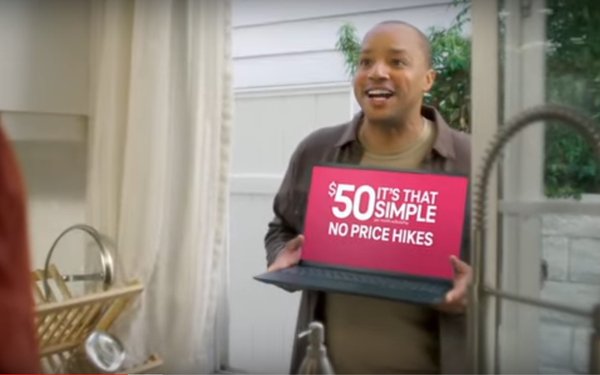 Declaring war against cable Internet Service Providers a year after launching its own broadband service, T-Mobile’s CEO Mike Sievert has proclaimed the “Un-Carrier’s” entry into the market as “every ISP’s worst nightmare.”

Coming two days after AT&T announced a $3 monthly price hike for its Internet service, T-Mobile will lock in a “forever” price of $50/month for its broadband customers -- or just $30/month for consumers who add internet service as another line on a T-Mobile family wireless plan.

T-Mobile is also offering a 15-day free trial, with no need to get rid of the consumer’s current ISP. The provider will then pay up to $500 in early termination fees if the consumer decides to switch.

Starting next Tuesday, as part of T-Mobile Tuesdays, the provider will also provide its broadband customers with a free Roku, Amazon Fire Stick or Google Chromecast device, or pay $50 towards the cost of other streaming devices.

And for customers with another home internet service and a Magenta Max plan, T-Mobile will provide half-price for a year on a YouTube TV subscription. Magenta Max already offers free Netflix and Paramount+, among other streaming services.

T-Mobile also announced what it said is the broadband’s industry’s first nationwide business internet plan -- to be priced the same as the consumer plan. Businesses that sign up will also get a free tablet plan with unlimited 5G data.

Advertising support for T-Mobile Home Internet was not announced, although what appeared to be a new spot featuring the “Scrubs” duo of Zach Braff and Donald Faison was played during Wednesday’s presentation. The pair had appeared in T-Mobile’s Super Bowl spot this year.