TV's 'Inspired By' Murder Stories Are Not Very Inspirational 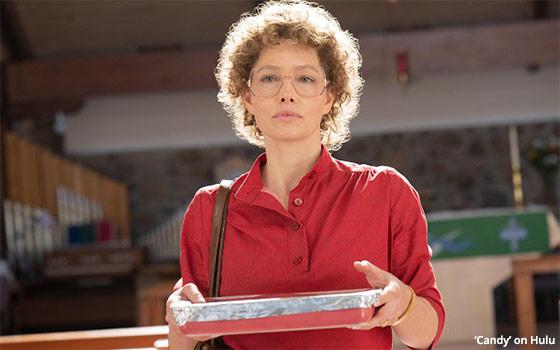 When a TV miniseries about a grisly murder is “inspired” by some heinous true-crime story, it is time to revisit the dictionary to double-check the definition of “inspired.”

Everybody has come across this usage in ads and other promotional material for these kinds of “based on” productions, except that in these cases, “inspired by” has replaced “based on.”

The project that triggers this topic is “Candy,” a new five-part miniseries premiering Monday (May 9) on Hulu. Its remaining four episodes will drop one a day for the following four days, ending with the final episode on Friday.

Unsurprisingly, the story, as it unfolds in the miniseries (and probably in real life too), is sad, violent and bloody. It is a story not only of murder but also one of deception, the keeping of secrets and adultery.

What, pray tell, is inspirational about that? According to a definition of “inspired” in my dictionary, the word means to be “influenced, moved or guided by divine or supernatural inspiration.”

To cite the source, this definition comes from Merriam-Webster’s Collegiate Dictionary, Eleventh Edition published in 2005. It is doubtful that the definition of “inspire,” “inspired,” “inspiration” or “inspirational” has changed since then.

With this definition in mind, it is difficult to see how “inspiration” could have played a part in the creation of this dark murder miniseries.

To be specific, the ad copy for “Candy” goes like this: “Inspired by disturbingly true events.”

The word “inspired” is possibly applied here to indicate how “moved” this show’s creators became when they first heard about this murder and then decided to adapt it for a miniseries.

But is such a revelatory moment really to be regarded as “inspiration”? To me, if not to many others, inspiration is something one feels when reading stories about selfless heroism, for example, or listening to the encouraging words of a charismatic motivational speaker.

Inspired by a grotesque murder story? That seems to fly in the face of the word’s meaning. It is a sure bet that no one who watches “Candy” this week on Hulu will come away from the experience feeling inspired.

The five-part “Candy” will debut with its first episode on Monday (May 9), followed by one new episode daily until the finale on Friday, May 13, on Hulu.