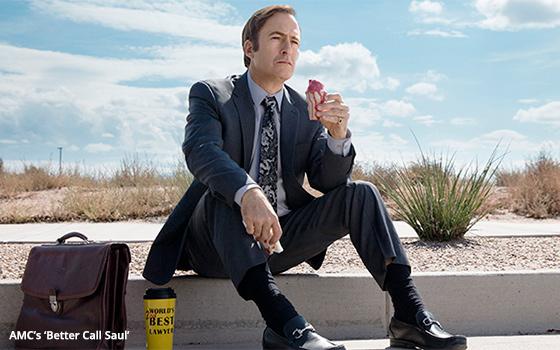 Total adjusted operating income slipped 11% in Q1 to $211.2 million,  due to "increased content, marketing and technology investments to drive growth of our streaming and digital businesses,” according to the company.

Mid-day trading of AMC’s stock was down 8% at one point to $32.09 -- after its quarterly earnings release.

Domestic advertising revenue inched up 1% to $201 million, with distribution revenue 8% higher to $405 million.

Total subscription revenue from domestic operations grew 8%. But looking more narrowly, its linear affiliate revenues slipped by low-single digit declines. AMC has a goal of getting to 20 million to 25 million in three years, by 2025.

In February, MoffettNathanson Research wrote: “Looking out into the future for AMC Networks, we expect total company advertising to decline in the low-single digits after 2022, with digital advertising (i.e., AVOD) helping to offset declines on linear... So, what is growing? Streaming, and fast enough that we expect it to be AMCX’s largest revenue stream by 2024.”

It expects by 2025 streaming revenues will reach $970 million, with 20.5 million total subscribers.

AMC says 2022 will be its biggest year for “original programming.” This includes the final season of “Better Call Saul,” which drove subscriber acquisition of its streaming service, AMC+.