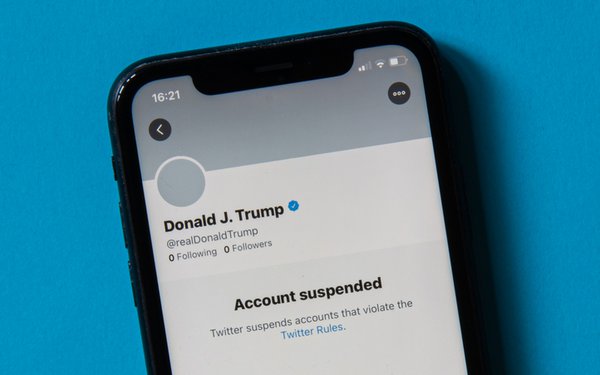 Tesla CEO Elon Musk said Tuesday that if his purchase of Twitter is finalized, he plans to allow former president Donald Trump back on the service.

Twitter permanently banned Trump from the service after the January 6, 2021 riot on Capitol Hill.

Appearing remotely at a Financial Times conference, Musk said he believes the ban was a “morally bad decision.”

“I think permanent bans just fundamentally undermine trust in Twitter as a town square where everybody can voice their opinion,” he said.

He added that the ban “alienated a large part of the country.”

At the same time, Musk said that if a tweet was “destructive to the world,” he would support a “time out” or a “temporary suspension of that particular tweet.”

Those statements appear to conflict with some of Musk's earlier statements about content moderation. Last month, for instance, he suggested he would allow any speech on the platform that isn't illegal.

“Donald Trump has used Twitter and social media to drive an authoritarian, proto-fascist movement that is a clear and present danger to our democracy,” Public Citizen president Robert Weissman stated.

“Elon Musk is wrong to believe Twitter can turn a blind eye to this danger -- and not acknowledge the ways Trump has used the platform to facilitate his authoritarian crusade. And he is wrong to believe that it is sufficient to remove specifically abusive Tweets or impose temporary suspensions on Trump for future wrongdoing.”

Trump, who recently launched the social networking app Truth Social, said last month he wouldn't return to Twitter even if his account was restored.

But he also unsuccessfully sought a court order that would have required Twitter to reinstate his account. In that matter, Trump's lawyers argued that his continued absence from the platform could hurt the Republican Party's chances of winning future elections.

Twitter “exercises a degree of power and control over political discourse in this country that is immeasurable, historically unprecedented, and profoundly dangerous to open democratic debate,” his lawyers wrote.

Late last week, a federal judge in California rejected Trump's request and dismissed his claim that Twitter violated his First Amendment right, ruling that only the government, and not private companies like Twitter, are bound by the First Amendment's prohibition on censorship.