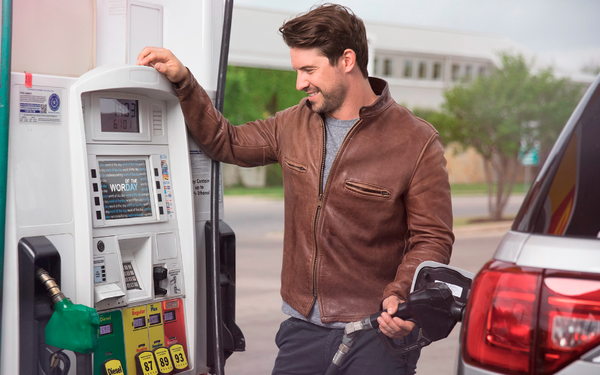 The analysis, which was conducted by Affinity Solutions, was based on data from thousands of gas stations and purports to be predictive of increased shopping patterns in many consumer categories.

The study was conducted in two cycles between April and July 2019 and April and July 2021, and compared the post-fueling shopping beahvior of consumers with those that did not fuel up the same day.

Specifically, it found consumers who fueled up spent 3.7 times more and transact 4.2 times more frequently than those who did not purchase gasoline.

“GSTV came to us with a hypothesis: since consumers often stop for fuel as part of a larger shopping trip, a fuel transaction might be a good predictor of immediate future spending,” said Phil Lore, EVP & Chief Revenue Officer at Affinity Solutions.

“Our analysis, spanning hundreds of millions of credit and debit card transactions, across 20 million accounts, bears this out,” Affinity Solutions Executive Vice President & Chief Revenue Officer Phil Lore asserts about the “hypothesis” that gasoline purchases correlate with increased shopping and purchases in other locations, including retailers, restaurants, pharmacies, etc.

In terms of the effect on specific retailers, the analysis found increased consumer purchasing multiples ranging from a 4.0x increase at Target to 6.6x increase at Chick-fil-A.

The range across categories was +3.6x for pharmacies and +5.3x for quick service restaurants.