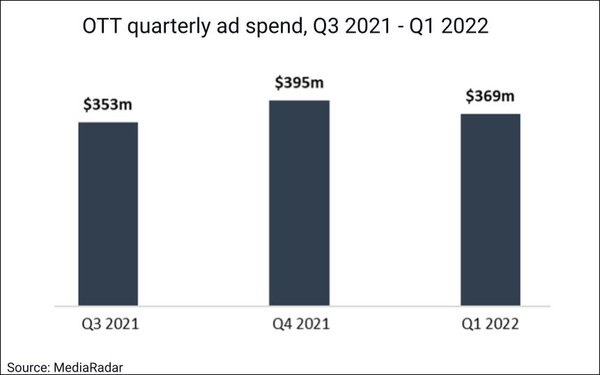 More than 3,000 brands from nearly 1,400 companies spent more than $369 million on ad-supported streamers in this year's first quarter, according to an analysis by advertising intelligence platform MediaRadar.

About a quarter of the streaming service advertisers during this year’s first quarter did not advertise on those platforms during 2021.

“As we come out of the pandemic and this form of media stabilizes, it isn’t surprising advertisers are testing advertising on OTT platforms,” observes MediaRadar CEO and co-founder Todd Krizelman. “It’s a great place for advertisers to stand out and not have their message lost.” 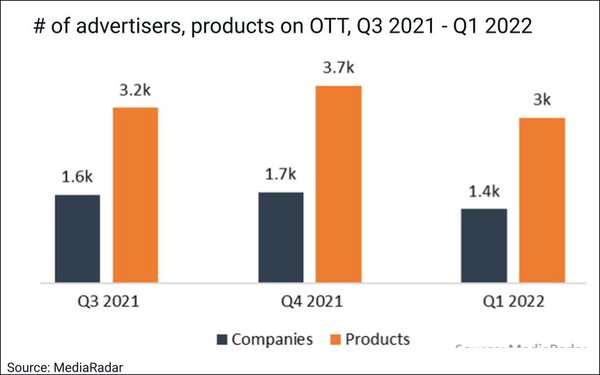 The top five spenders in Q1 2022 were Berkshire Hathaway, Capital One, Microsoft, State Farm and Verizon. They accounted for more than $49 million, or 13%, of total OTT spend in the quarter.