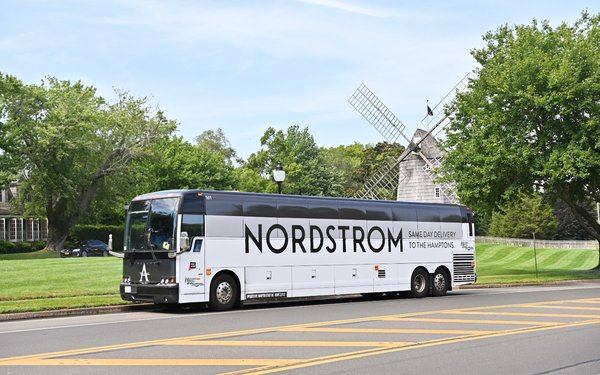 Right on time for that early summer vibe, Nordstrom says it is taking on the Hamptons and rolling east with a pop-up version of its Nordstrom Local concept.

The Seattle-based retailer says the tiny Southampton location is scheduled to open from Memorial Day weekend to Sept. 7, with 850 square feet devoted to online order pickup, alterations, returns and more.

The company has been experimenting with Nordstrom Local since 2017 and is up to seven permanent locations. The retailer, which has always prided itself on exceptional service, has fashioned the small stores as a type of omnichannel concierge, bridging the gap between its ecommerce sales and in-real-life retail fixes. with such services as on-site alterations.

The pop-up will also offer gift wrapping and clothing donations and Beautycycle, the company’s effort to recycle packaging from beauty and personal care products.

The first Nordstrom Local opened in Los Angeles, and California -- the retailer's most saturated market -- is home to most of the small stores. But it’s also got locations in New York’s West Village and on the Upper West Side.

Because Nordstrom Locals allow shoppers to browse online among what’s available in all the stores in a region, the company estimates it gives them “nine times greater product selection combined with the convenience, service and speed they expect from us,” it says in its announcement.

Nordstrom says the Hamptons pop-up makes sense because of the retailer's increasing presence in the New York metro area. Besides seven full-line stores and the two Locals, it also operates 15 Nordstrom Rack locations.

And the population of the Hamptons continues to blossom as people continue to settle into hybrid work arrangements. A new survey from the Partnership for New York City recently found that only 8% of Manhattan office workers are back at work full time, leaving them plenty of opportunities to hop on the Hampton Jitney.

Previously, the company has said that customers that engage with Nordstrom Locals spend up to 2.5 times more than those who don’t.