Spike Lee Returns To Nike For Its 50th 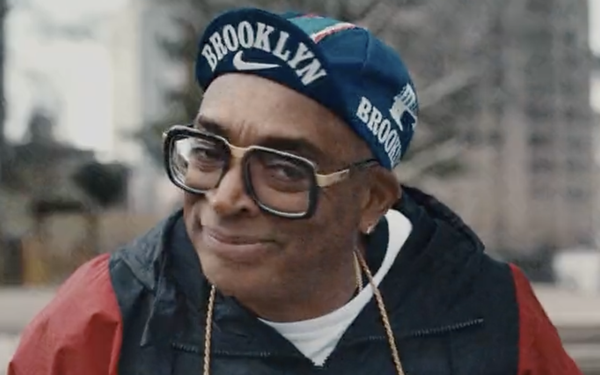 Nike has brought back Spike Lee to direct and star in a new spot celebrating the brand's 50th anniversary.

Lee plays Mars Blackmon, a character invented for Lee's first movie, “She’s Gotta Have It.” In the late 1980s, Lee starred as Blackmon with Michael Jordan in ads for Nike.

In the 60-second spot, via Wieden+Kennedy, Lee as Blackmon is playing chess against a young woman named Zimmie. “I’ve seen it all before,” says Lee. “I’ve seen the Tiger earn his stripes, that’s right!” Lee goes on to say how he witnessed Michael Jordan’s rise as well as the rise of Steve Prefontaine, Mia Hamm, Alex Morgan and others.

“OK, old school and with all due respect,” says Zimmie, who then goes on to make a case for Ja Morant, Naomi Osaka, Kylian Mbappé and Chloe Kim.

She ends the spot by telling Lee he may think he’s seen it all, but “you ain’t seen nothing yet.” She then checkmates Lee, adding to his defeat.