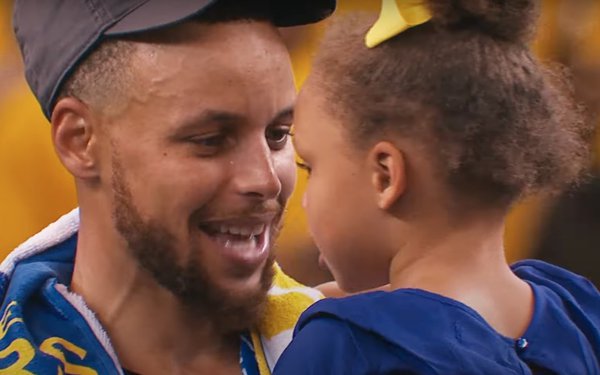 Image above from an Under Armour ad.

As retailers wrestle with supply-chain problems and slower consumer spending, companies are shaking up their top ranks. Under Armour president and CEO Patrik Frisk -- hired to help the company turn its North American troubles around just two years ago -- is stepping down.

And Kohl's, which just fended off activist shareholders and is looking for a buyer, says both Greg Revelle, chief marketing officer of five years, and Doug Howe, chief merchandising officer, are leaving.

Under Armour's abrupt announcement comes a week after the Baltimore company reported a 3% increase in revenue to $1.3 billion, and a net loss of $60 million.

The move rattled some observers. "We're a bit shocked by the news," writes Tom Nikic, an analyst who follows the company for Wedbush Securities. He isn't buying the explanation that Frisk's departure is voluntary, as evidenced by the $7 million severance he'll receive.

Instead, he believes that while Frisk had made progress in Under Armour's turnaround in supply chain and inventory, the board was growing increasingly impatient for him to spark sales, "particularly relative to competitors such as Lululemon, Nike, and Puma."

Before 2016, Under Armour often dazzled with annual revenue gains of 20%, Nikic points out. The motto often used by chairman and founder Kevin Plank was "Get big fast."

If it intends to win back wary investors, the company will have to make the next CEO a "compelling hire," Nikic adds. And if it goes instead with a name less familiar to Wall Street, including Browne, "they will have to execute strongly."

Others are less concerned. "Given Browne's role in executing current strategies, and the ongoing presence of Kevin Plank (executive chairman, brand chief), we expect minimal near-term operational risk," writes Jonathan Komp, who follows the company for Baird. "We are hopeful that Under Armour can attract a new leader to build upon existing progress behind strengthening brand/operations and to re-establish investor confidence in the brand's profitable growth potential following a recent setback."

The departures at Kohl's may be less surprising, but they are more complicated.

In its announcement, the Menomonee Falls, Wisconsin, company voiced its disappointment..

"The year has started out below our expectations," said Michelle Gass, Kohl's chief executive officer, in its earnings announcement. Despite a solid start for the quarter, sales weakened in April.

And while Kohl's  just successfully fended off an incursion from an activist shareholder seeking to replace much of its board, based on what it says is poor management, it is still entertaining other purchase offers and expects bids in the coming weeks.

"We continue with our detailed diligence phase," said Gass, "and are pleased with the number of parties who recognize the value of our business and plan."