Christopher Walken As A Squirrel? 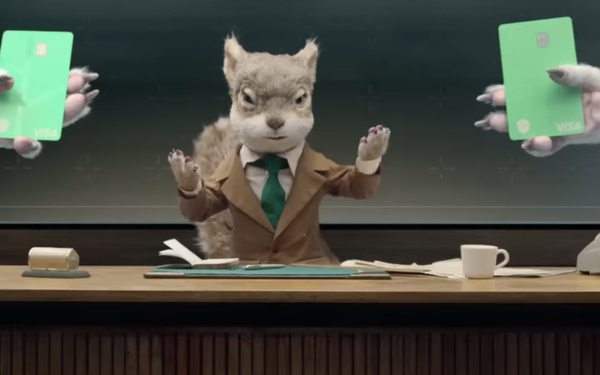 Christopher Walken plays a squirrel in a new ad for Acorns.

The ad features a puppet, voiced by Walken, as the anchor of a newscast. “Acorns is built to put investing at the center of your money,” the ad starts off. Walken then goes into the full pitch on Acorns: Every time you buy something, Acorns invests the spare change.

Launched in 2012 by a father-and-son duo who advocated passive investing, Acorns has become a well-reviewed app. Bankrate, however, noted that “While Acorns can be a good choice for those just starting out due to its low minimums and simple structure, its fees can be above-average for those with small sums to invest.”

A respected actor, Walken has become a semi-ironic pitchman in the past decade, starring in Super Bowl ads for Kia and Bai plus others, including Qantas.

financial services
1 comment about "Christopher Walken As A Squirrel?".
Check to receive email when comments are posted.
Next story loading