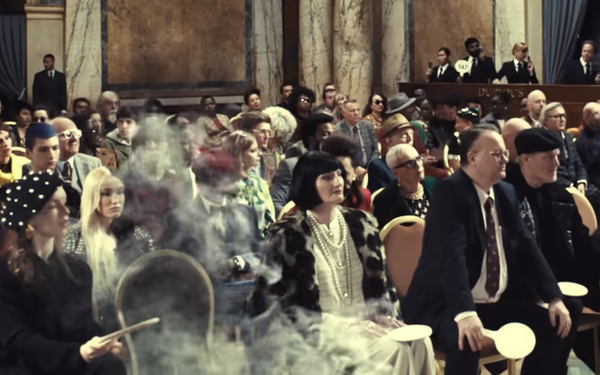 Apple has taken a public stance in favor of the privacy of its users, but rarely has it made that stance as understandable as in this new ad.

The ad, via TBWA\Media Arts Lab, shows a young woman at a record store (remember those?) who hears music through a door (“Fantasy” by Esquivel) and runs toward it, only to see her picture on the door with the words “Ellie’s Data Auction.”

She enters an auction room with a life-sized hologram of herself as an auctioneer announces, “Lot Number One: Her emails.” Next up, her location data -- again sold to a suspicious-looking data buyer.  “It’s not creepy,” the auctioneer says. “It’s commerce!”

Then the auctioneer presents her contacts, including her Nana.

Ellie then takes Apple’s controls and clicks to protect her mail activity. Everyone in the room goes up in a puff of smoke.

The ad is an effective dramatization of what actually occurs when vendors bid on consumer data. Apple’s ad hits when polls show a rising concern for data privacy. Whether Apple’s message will hit the mark remains to be seen.