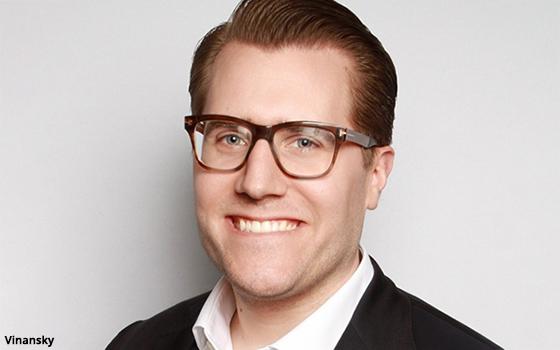 “As we embrace this new normal and look to what a modern workforce looks like, we need to meet our clients where they are, and think about how we can better work with top brands and agencies,” Phillips said. “Kyle brings both a strategic and creative mindset into everything he does, and he’ll unify and lead our North American sales team into the future.”

Vinansky has a history of training and cultivating top talent both from inside and outside the organization, a Forbes press release stated.

Previously Vinansky held roles managing New York sales and leading the East region for the company’s content marketing platform, BrandVoice. He has deep expertise in the financial services, enterprise technology, professional services, and spirits categories, including fostering longstanding partnerships with brands such as Capital One, KPMG, Deloitte and The Macallan.

In 2015, Vinansky  was recognized by min as a “Rising Star” and was awarded Forbes’ “Malcolm S. Forbes Award” as the top global advertising sales team member.