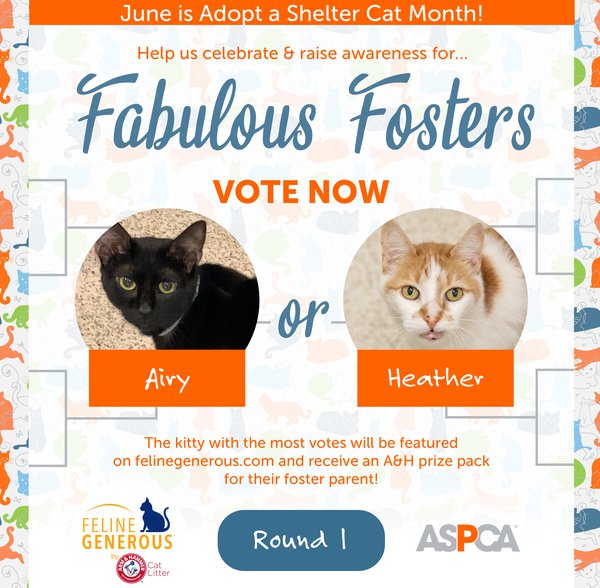 In recognition of Adopt a Shelter Cat Month, Arm & Hammer is partnering with the ASPCA to raise awareness about the benefits of fostering cats.

The effort includes a contest to find the new face of the Art & Hammer Feline Generous program, which was launched in December 2019 to help put local cat shelters front and center.

The online platform connects people to a network of local cat shelters across the country to help increase adoption and generate product and monetary donations, with a specific focus on cats who tend to be overlooked due to age, illness, appearance or misunderstood personalities.

Throughout the month of June, the public can vote for their favorite of four ASPCA foster cats on the ASPCA’s Facebook and Instagram.

“Fostering can be a less familiar part of the adoption journey -- but it’s so important," Blank tells Marketing Daily. "It's a huge help to the shelters as it clears space for even more rescues and helps cats get used to a home environment, so we wanted to do our part to raise awareness."

The four fosters featured in the contest are being cared for by ASPCA foster caregivers in New York City and Los Angeles.

The ASPCA currently operates two cat foster programs in the United States—one in New York City, which started in 2014, and one in Los Angeles, which opened in 2017.

According to the ASPCA, every year approximately 3.2 million cats enter U.S. animal shelters and rescues nationwide -- and of those, approximately 2.1 million cats are adopted each year. Adopting or fostering a pet helps shelters conserve their space and resources, and provides people with comfort and companionship.