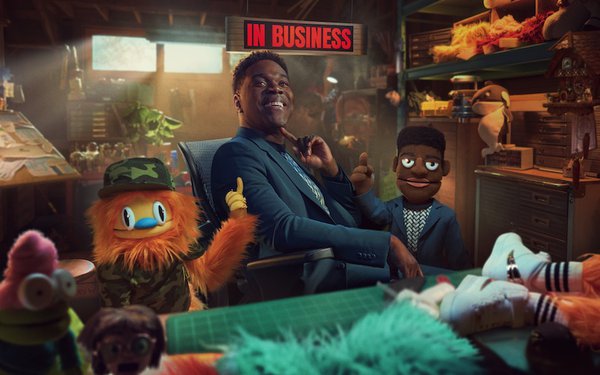 What’s so funny about starting your own business?

Anything and everything—if your advisor is comedic actor Sam Richardson.

He’s the first celebrity talent to represent LegalZoom as the 21-year-old, legal-document provider seeks to reach a new generation of business entrepreneurs.

Given the target audience of its “Now You’re In Business” campaign, LegalZoom has launched a TikTok channel, and campaign ads are running on the social media platform Reddit.

“From globalization to the rise of the gig economy to inflation and post-COVID impact—this next generation of businesses looks really different than they did even just five years ago,” LegalZoom CMO John Buchanan said in a news release.

Titled “Puppets,” this spot from the 72andSunny agency was used in a day-long TikTok takeover in which a full-screen ad was displayed when users first opened the app.

Richardson—whose screen credits include “Veep” and “The After Party”—drops in on a young man who makes puppets and says he “sells” them online. “Let’s make this puppet biz legit,” says Richardson.

After one puppet looks his creator in the eye and says “Do it,” Richardson is reduced to puppetry.

In “Boss Of Me,” Richardson is seen in an office chair rolling through deadlocked freeway traffic while telling drivers “Instead of rushing to work for someone else, you’re free to freelance from wherever you feel free.”

After he shows one driver the LegalZoom app, she begins to chant “I’m the boss of me”—then peels out of the traffic and roars offroad into mountainous terrain.