Tony Awards Return To Full Strength After Off Years 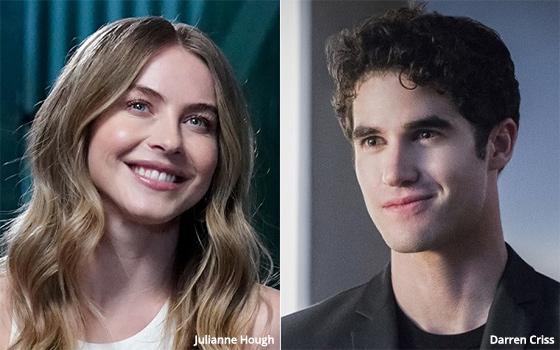 The show did not go on for the Tony Awards in June 2020 due to the COVID-19 pandemic lockdowns that started less than two months previously in March.

Demonstrating the awesome power of the COVID pandemic, the cancellation was unprecedented in the history of the Tonys, which had been held every year without fail since 1947, making this year’s Tonys the 75th and not the 76th.

And yet, this year’s three-hour show -- scheduled to start Sunday at 8 p.m. Eastern on CBS -- includes the word “annual” even though it can be argued that the 2020 break broke the annual streak.

But why argue? Chalk it up to showmanship, which, when you get right down to it, is what Broadway and its annual awards show are all about.

Although the Tony Awards returned last year, they were not up to full strength. It was a “make-up” show of sorts since it awarded nominees who had been up for Tonys before the 2020 show was cancelled.

Moreover, that Tony Awards show -- the 74th -- was held on September 26, 2021, becoming the first Tonys ever to take place in a season other than spring. The date was just days after Broadway theaters reopened after closing down in March 2020.

This weekend’s Tonys are definitely not a make-up show since they will be awarding shows representing the entire, current Broadway season that started last September. This is the way the Tonys are supposed to work.

This year’s show will be co-hosted by Julianne Hough and Darren Criss.

Hough is currently in a Broadway play with a long title, “POTUS: Or, Behind Every Great Dumbass Are Seven Women Trying to Keep Him Alive.”

One of her co-stars in the play, former "SNL" star Rachel Dratch, has been nominated for a Tony in the category of Best Performance by an Actress in a Featured Role in a Play.

Criss is currently co-starring with Laurence Fishburne and Sam Rockwell in the Broadway revival of the David Mamet play “American Buffalo.” Rockwell has been nominated for a Tony in the category of Best Performance by an Actor in a Leading Role in a Play.

The Tonys rate inclusion in what is (or was) traditionally the Big Four entertainment awards shows held every year and televised with great fanfare on network television. The others are the Emmys, Grammys and Oscars.

The Tonys are historically the lowest-rated of the four. But since the other three have taken substantial hits in their own ratings the last couple of years, the Tonys are not as far behind as they used to be.

Viewership for last September’s Tonys was a historic low at 2.8 million. But that may have been the result of pandemic apathy where Broadway was concerned, since theaters had been closed for a year-and-a-half.

In comparison, the Grammys last winter on CBS drew 8.9 million.

awards, awards show, television
1 comment about "Tony Awards Return To Full Strength After Off Years".
Check to receive email when comments are posted.
Next story loading