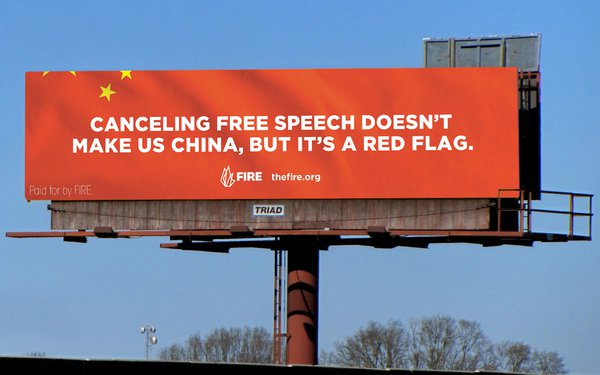 At a time when the prevalence of "cancel culture" appears to be peaking in the United States, nonprofit free speech advocacy group FIRE is breaking new ads, as part of a multimedia campaign focusing on it.

The campaign, created by DeVito/Verdi, features out-of-home billboards (see above) and print media buys (see below), equating cancel culture to a form of totalitarianism.

FIRE asserts it is nonpartisan, but new research from the Pew Research Center reveals a significant partisan divide around the concept of cancel culture -- defined as "calling out" people in social media -- with Democrats seeing mainly as a form of accountability, while Republicans view it as a form of publishing.

1 comment about "Cancel Culture Campaign Equates It With 'Totalitarianism'".
Check to receive email when comments are posted.
Next story loading