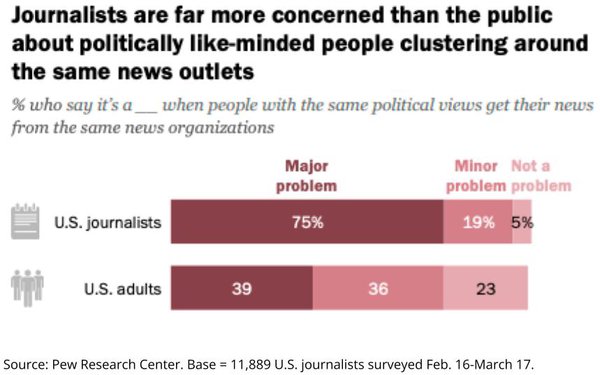 When people ask me if their child should pursue a career in journalism, I always say, “They should if it’s something they love and are passionate about.” In other words, I give the same answer anyone would give to aspiring young pros in any industry. The funny thing is my advice hasn’t changed in more than four decades both working in – and covering – media.

I may have entered journalism when it was still in its post-Watergate glory days, but it’s always been a tough business, and generally one that has garnered low esteem from society at large, even though it plays an important role.

The big game-changer of course, has been the disruptive nature of technological change, and the fact that digital media diluted much of the value of original enterprise journalism, while at the same time, requiring that professional journalists compete with anyone who wanted to say anything to anyone they could attract to follow them.

This is not news, of course. Or a particularly insightful Red, White & Blog column. What is is that the Pew Research Center today released a first-of-its-kind study surveying American journalists on their own views about their business. What it found was, that while journalism is in “turmoil” (actually, I would call it crisis mode), most of remain passionately committed to their jobs.

In fact, 77% said that if they had it to do all over again, they would still pursue a career in journalism, while 75% said they are “proud” of the work they do.

The Pew research is based on a survey of nearly 12,000 U.S. journalists conducted earlier this year, and the most telling part of the report might be a part in which Pew correlates it with the opinions U.S. consumers have about journalists and journalism.

Overall, average Americans are much more cynical about the ability of journalists to cover news events accurately. And while Pew did not study this – and does not seem to have any benchmarks for it – I wouldn’t be surprised if some of the cynicism has something to do with the way public figures (you know, all the way up to the last resident of the Oval Office), bash the integrity of journalists, going so far as to call them “the enemy of the people.”

Say what you want about journalists, I can tell you firsthand that most of them don’t do it for the money. Or the social esteem. They do it because they think it’s important.

There are other interesting factoids contained in the Pew study, but another telling one helps explain why many journalists believe their role is so important.

It’s the fact that journalists are nearly twice as concerned as average Americans about the public’s ability to consume objective, unbiased political content, due to the fragmentation and polarization of news outlets.

I would include myself among them, and personally believe it is the No. 1 threat to society overall. Not just in term of politics, who we elect, what legislation and policies we support, but how we think about ourselves as a society. Especially whether we want it to be a democratic one. Or one that is not so much.

3 comments about "Why Most Journalists Would Do It All Over Again -- And Why They're Concerned About Our Future".
Check to receive email when comments are posted.
Read more comments >
Next story loading