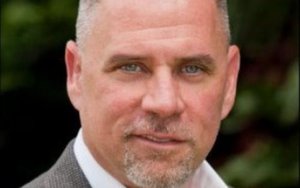 The newspaper publishing giant Gannett Co. announced this week it has hired a chief technology officer after a two-year gap as it seeks to accelerate a digital transformation at the company.

The new CTO, Vincent Cirel, brings over two decades of experience and most recently was founder and managing director of the consulting firm Pivotal Technologies, where he advised client on such areas as artificial intelligence,  emerging technologies, information security and program management.

Cirel will drive the company’s enterprise-wide technology vision and strategy, including its overall cybersecurity program. He will also work closely with internal partners to ensure ongoing compliance with data-privacy rules and regulations. Cirel will report to Gannett’s Chief Financial Officer Doug Horne.

Horne described Cirel’s hiring as coming at a pivotal time in Gannett’s digital transformation. “As technology continues to be paramount to the future of our business, Vincent’s depth of experience will be invaluable as we implement a technology strategy that improves operational efficiency and our customer experiences,” he said.

Prior to his role at Pivotal Technologies, Cirel served as Global CIO and CTO for Scientific Games, one of the largest gaming industry suppliers in the world. Cirel was also CIO for Norwegian Cruise Line Holdings, responsible for designing and implementing a world-class IT operation.

“It’s an honor to join Gannett at such an important time in the company’s history,” Cirel said. “As Gannett secures its digital future, technology will be the backbone of everything we do and I’m looking forward to working alongside an incredible team as we find new ways to innovate the subscriber and customer experience.”

Gannett is the largest newspaper publishing company in the U.S. as measured by total circulation, with brands including USA Today, The Detroit Free Press, the Indianapolis Star, the Cincinnati Enquirer, the Des Moines Register and many others. It’s 115 years old and based in McLean, Virginia.