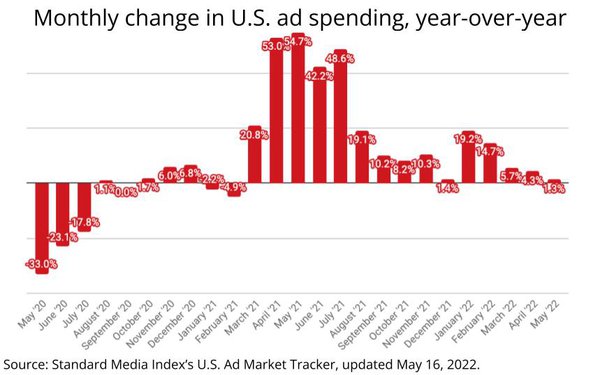 The U.S. ad economy expanded for its 15th consecutive month in May, but it was the most tepid growth since ad spending pulled out of its recession, according to a MediaPost analysis of data from Standard Media Index's U.S. Ad Market Tracker.

May's 1.3% expansion is the fifth consecutive monthly deceleration in the U.S. ad economy, though it likely reflects relatively tough comps with May 2021, which boomeranged 53.6% over May 2020, when the ad industry was in the depths of the COVID-19-triggered ad disruption.

According to an SMI analysis of its agency pool data, the deceleration is attributable entirely to traditional electronic and print media, with out-of-home and digital soaring in both the first quarter and second quarter through May of this year. 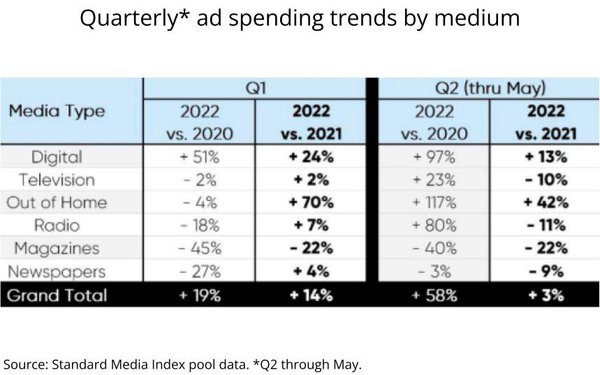