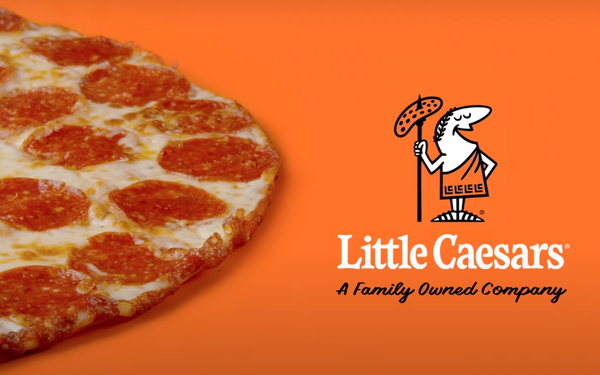 Little Caesars is working on its touchdown dance, announcing a multiyear partnership with the National Football League. That pushes Pizza Hut onto the sidelines after a four-year run and gives the Detroit-based Little Caesars a mighty platform as it continues its rapid expansion agenda.

Little Caesars, based in Detroit, is no stranger to sports. The world’s third-largest pizza chain is owned by Ilitch Holdings, which also owns the Detroit Tigers baseball team and the Detroit Red Wings hockey franchise.

The chain’s main selling point has long been its Hot-N-Ready pizzas, always ready for pickup. But in 2020, it launched the pizza industry’s lowest-priced delivery at Super Bowl.

“Because we’re the value leader in the pizza industry, hungry fans can enjoy weekly game time meals at a very affordable price during a time when food prices are on the rise,” said Dave Scrivano, president and CEO of Little Caesars, in its announcement.

According to Technomic, Little Caesars had an estimated $4.23 billion in sales. Domino’s slice is the largest at $8.64 billion, followed by Yum Brands’ Pizza Hut at $5.5 billion.

Details on sponsorship deals are as closely guarded as team playbooks.

And while there’s never a shortage of drama in league partnerships, pizza's relationship with sports has been complex. In February 2018, the NFL and Papa John’s ended their relationship. That followed remarks from the chain’s then-chairman criticizing the NFL’s handling of racial justice protests.

But CNBC reports that the NFL’s partnership deals -- and there are more than 40 -- typically last from three to seven years, with a starting price tag of $10 million a year. Larger companies, it reports, can pay up to $200 million a year.

The price tag for Verizon’s 10-year deal, for instance, has been reported to be $1 billion. Other high-profile partners include relative newcomers like Caesars, Draftkings, and FanDuel and names like Pepsi, Nike and Anheuser-Busch InBev.