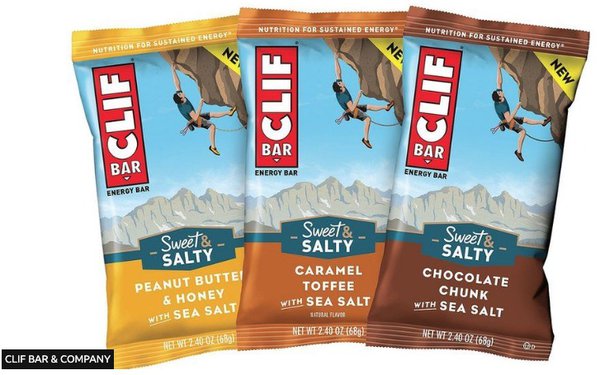 What a difference 22 years can make.

In the interim years, Clif has launched the Luna brand and Clif Kids. while expanding its offerings to include cereal, energy chews and gels, drink mixes and Clif Pet plant-based jerky for dogs.

By acquiring Clif Bar, Mondelez is advancing “our ambition to lead the future of snacking by winning in chocolate, biscuits and baked snacks as we continue to scale our high-growth snack bar business,” the company said in a news release yesterday.

At the Deutsche Bank Global Consumer Conference last week, Mondelez chairman and CEO Dirk Van de Put said that 83% of consumers don’t think there’s anything wrong with having one indulgent snack -- or several -- a day.

“We clearly see a change in the attitudes of consumers where snacking is becoming more important every year. Millennials and Generation Z particular like to eat in between meals,” said Van de Put.

“Before the pandemic, there was a big movement toward healthier snacking. What the pandemic has also brought to bear is that indulgent snacking has become more and more important.”

Clif Bar has dramatically cut its spending on traditional advertising media since the onset of the pandemic.

According to data from Kantar—which tracks everything except paid search and social media, and includes network radio only through March of 2021—Clif Bar spent $6.4 million in 2019.

In March, Erickson and his wife Kit appeared in a spot to explain the launch of Clif Thins, which are thin and crispy snack bars.