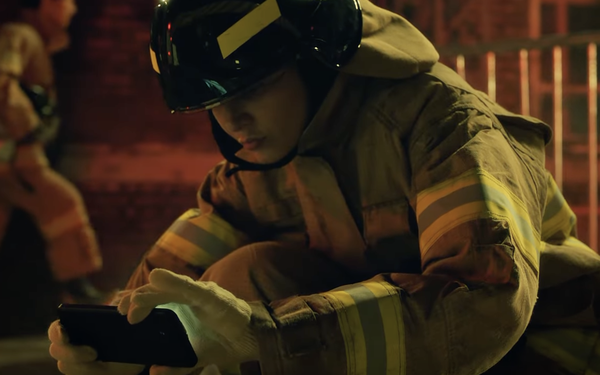 Apple’s iPhone currently dominates the U.S. smartphone market with a  51% share, per Canalys, but the iPhone isn’t as strong in the B2B market, an issue that Samsung addresses in a new ad.

The ad, via Ogilvy, shows Samsung’s XCover6 Pro used in a warehouse, a factory, and other workplaces. The spot also showcases the phone’s benefits, including fingerprint and facial recognition, POGO charging, a large 6.6-inch screen and expandable storage. Among other features, there’s barcode scanning and the ability to hear voices in noisy environments.

“We get the job done, with or without gloves,” a voiceover concludes.

Without mentioning competitors, the ad makes a solid case for the XCover6 Pro as a device that is durable and reliable. With a suggested retail price of $430, it’s also about half the price of an iPhone 13.