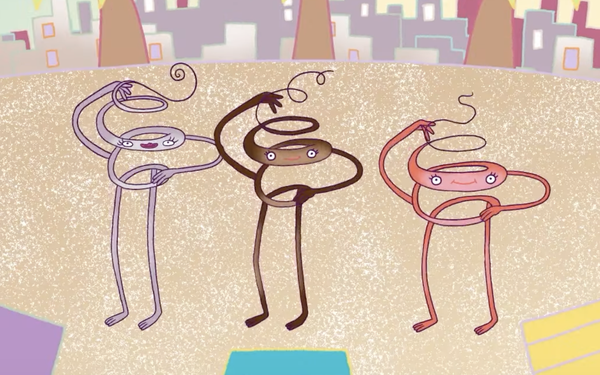 If you were waiting for a full-throated defense of pubic hair, this is your spot!

Gillette has released an ad, via Grey, New York, that celebrates the care women take in shaving their pubic region. The animated ad is a sequel to its spot last year that made a sort of “Schoolhouse Rock" take on the same subject.

Like the song in the first ad, the latest is sung from the point of view of a pubic hair.  “You can find tutorials for the masses for doing brows and curly lashes,” sings Princess Nokia. “But influencers won’t mention me. Is the word ‘pubic’ blasphemy?”

Nevertheless, as the song goes, hope can be found for your pubic mound. A rap then explains that the rapper isn’t “ashamed of her pubic hair,” but instead celebrates “every hair down there.”

The rap and animated spot are efforts to normalize conversations around body parts. The brand’s stance is based on surveys showing that women wish there were more accurate imagery and depictions in media of women grooming that region.

Though there’s little talk about the subject, a 2016 survey showed that over 80% of U.S. women groom their pubic hair.