News Consumption Slump - Is It Because News Stories Are 'Hard To Follow'? 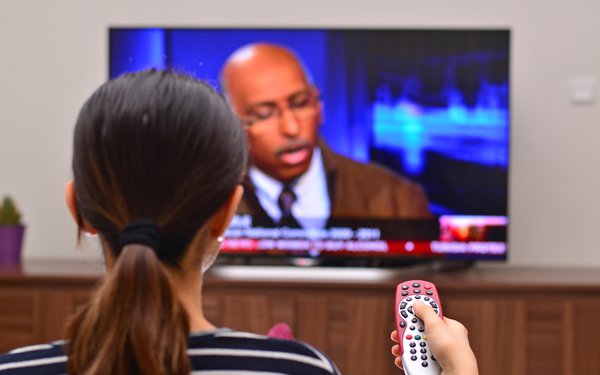 News consumption -- TV, social media, and otherwise -- continues to be fraught with issues.

Some blame social media for corrupting the process -- dragging all sorts of misinformation into their questionable heap of content. And then you have the traditional straight-ahead news journalists who, it seems, everyone loves to hate.

So who do we go to for the ultimate truth?

This all comes on top of other research showing that time spent with all news content is “plummeting,” according to an Axios report. TV networks such as MSNBC and CNN are down anywhere from 30% to 40% and more for specific viewer segments, for example.

Hatred and suspicion are all around us. But here's one wrinkle that we have to consider: According to a Reuters Institute report, a significant proportion of younger and less educated people say they avoid news "because it can be hard to follow or understand.”

The suggestion here is the news media could do much more to simplify language and better explain or contextualize complex stories.

So are the news writers and editors to blame here? Or is it something else? Is your deep echo chamber -- your home TV news network, for example -- bias at work here? No doubt some of this gets muddied as social media news becomes more misdirected.

Another, more dominant side to news indifference is the devoted news consumers who still contend that the Presidential election was scammed, stolen, or otherwise not legitimate. Evidence be damned -- at the moment. Emotion tethered to empty pixels can carry the day.

Now go further. Ask yourself whether there are TV news consumers who don't believe Russia has invaded Ukraine. Or whether some believe that the mass shootings in Buffalo, New York or Uvalde, Texas were a hoax, just as conspiracy theorists claimed following the Sandy Hook elementary school mass shooting. (For the latter, we have Alex Jones to thank).

Okay -- now that I've got your attention, watch key on-air news hosts and what they might say after a specific news report.

These are important disclosures that journalists and news hounds do follow. But increasingly -- and perhaps unfairly -- given everyday news consumers' limited free time -- non-work, non-leisure time -- the biggest question arises: Do you have time to get this right? Unfortunately, the news never stops.

Associated Press just found the expanded use of drop boxes for mailed ballots during the 2020 election “did not lead to any widespread problems and revealed no cases of fraud, vandalism or theft that could have affected the results of the election.”

Okay, now get to work.