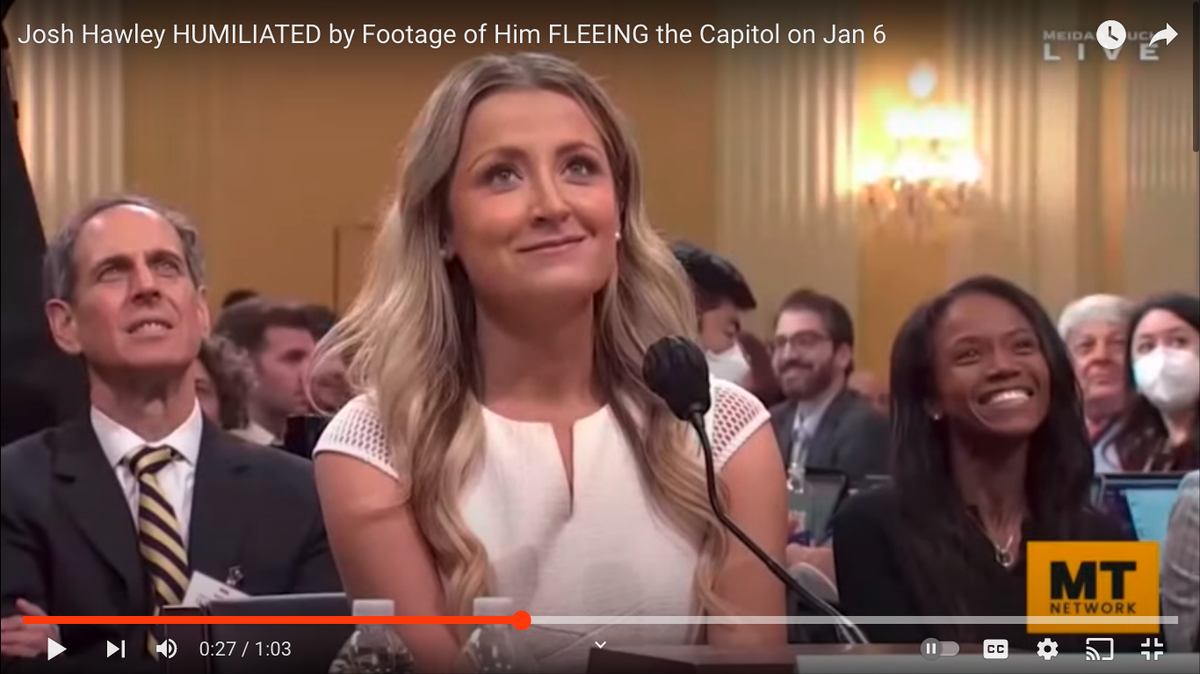 “And the Emmy for Outstanding Supporting Actor In A Comedy Series goes to… Josh Hawley for the January 6th Hearings.”

I don’t have a vivid memory of how I watched the Watergate Hearings, but as a then '70s teen, I know I wasn’t glued to the set watching it live as history was being made.

I imagine it was glancing snippets in a nostalgic setting, on an old Philco, with tinfoil wrapped around its rabbit ears.

But I can tell you how I am watching The January 6th Hearings. Like most of us, I’m watching it everywhere.

That’s because, unlike 1973, it literally is available – live or on-demand – in my pocket. Or on the best possible screen I have access to.

Mostly, it’s been via MSNBC’s coverage via YouTube TV on my living-room set. And when I go into YouTube’s interface to use my channel guide or recordings its meta data labels it like any other show, by a season and episode number.

As I watched Season One, Episode 15, I started thinking that if the Select Committee doesn’t win a Justice Department indictment, it should at least win an Emmy. Maybe a few.

The thought first struck me when Episode 15 got to the part where the Select Committee showed the video of Josh Hawley running for his life. 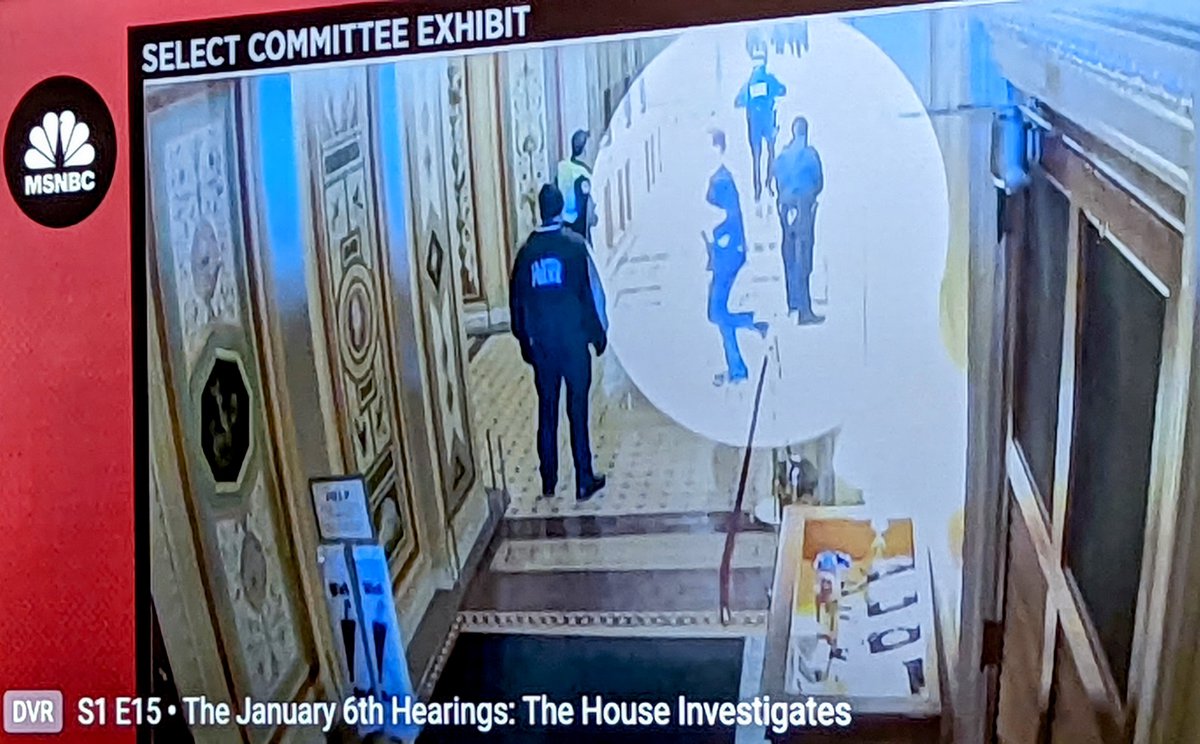 Actually, the committee showed it twice -- once in real-time and another in slow motion.

There was no soundtrack, but I immediately started hearing "The Benny Hill Show" soundtrack playing in my head. Or maybe it was the theme music from one of the Keystone Cops silent movies.

What MSNBC's -- or as far as I can tell, any other major network's -- viewers did not hear was the immediate reaction when the committee played it. It was an outburst of laughter.

So Hawley gets my nomination for a best supporting comedy actor.

As for the hearing itself, it's difficult for me to say whether the series deserves to be nominated for most outstanding comedy, drama, documentary or some special Emmy category.

In 1974, PBS' Robert MacNeil won an Emmy for his Watergate reporting, and in 1994, the BBC won one for its "Watergate" documentary series in the “Outstanding Historical Programming” category.

That probably makes the most sense for the Select Committee's show, because it clearly is outstanding historical programming, even if you're watching it in real-time.

The committee has been criticized for the quality of the hearing's production values, and the fact that Hollywood pros have been consulting it.

And I can almost hear one of them speaking as they scripted out Episode 15.

"If we really want to get a laugh," he says. "Let's show the picture of Hawley defiantly pumping his fist in the air in support of the insurrectionists."

"And then let's come back with footage of him running for his life. In fact, let's show it two times, once in slow-motion."

Say what you want about how the committee has been producing the hearings so far, but you can't criticize them for moving too slowly, and not engaging their intended audience: the American people.

And as for criticizing the committee's high production, media and promotion values, frankly, I think they should be awarded for not wasting our time.

The truth is, even a well-produced truth, still is the truth.

And nothing but the truth. 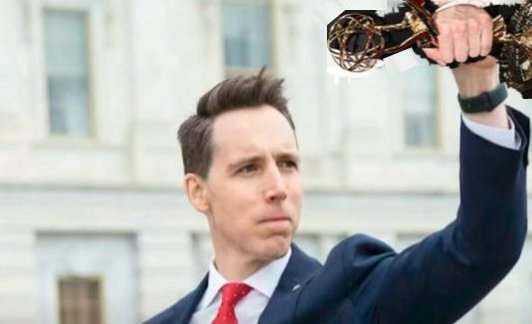